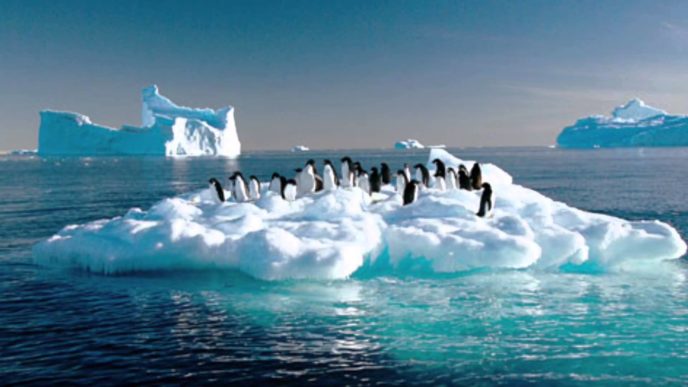 New evidence, as reported by the Washington Times, suggests that global warming is happening on a planet not inhabited by a single human… Mars.

The red planet, which moved closer to the Earth on Monday than at any other time since 2005, has retreated from a glacial period that would have covered large areas in white before the thaw about 370,000 years ago, according to a study published Friday in the journal Science.

The research was conducted using an instrument on board the NASA Mars Reconnaissance Orbiter that allowed an unprecedented examination of “the most recent Martian ice age recorded in the planet’s north polar ice cap,” according to a NASA press release.

Scientists attribute the shift in Mars’ climate to natural variations that occur over “thousands of years.” Changes in the planet’s orbit and tilt of the planet’s axis move Mars in and out of ice ages over time.

“As the warm polar period ends, polar ice begins accumulating again, while ice is lost from mid-latitudes. This retreat and regrowth of polar ice is exactly what Smith and colleagues see in the record revealed by the [Shallow Subsurface Radar] images,” said NASA.

One wonders if Earth’s climate is undergoing a similar natural shift. (For more from the author of “Evidence of Global Warming Found on a Planet With No Humans” please click HERE)

Where’s The “Science Story of the Century?”
Exclusive: New information on Romney’s views on global warming
So much for global warming: ice delays Shell’s Alaska drilling plans
Despite US heat wave, global warming in question as Asian glaciers grow
Welcome to Barrow, AK: Coast Guard Finally Establishes Presence in the Arctic
USDA tells its employees to not consume meat “to reduce your environmental impact” (+video)

Medical Examiner Reveals the Cause of Prince’s Death