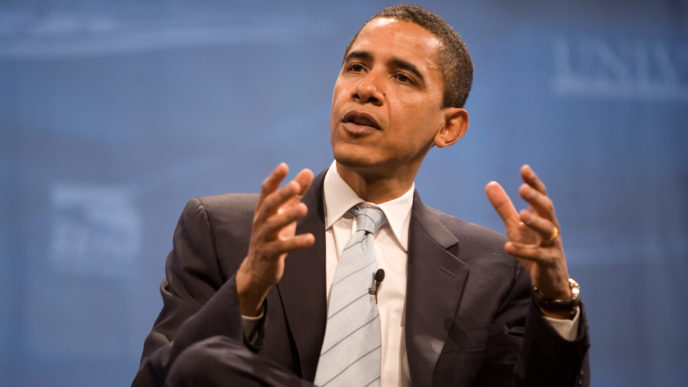 In a major speech he argued his policies have brought the economy back. He blamed remaining economic weaknesses on trends preceding his administration.

This analysis has the economic facts precisely backwards: Economic growth benefitted Americans up and down the income distribution until the Great Recession. Since then, Americans have struggled considerably.

Obama argued his policies have brought the economy back. While labor market conditions have certainly improved from the depths of the recession—the official unemployment rate has even returned to pre-recession levels—these numbers do not tell the whole story.

Millions of working-age Americans stopped looking for work during the recession. Many have not returned to the labor market. The working-age labor force participation rate remains 2 percentage points below pre-recession levels. The government does not count these ex-workers as unemployed— even if they would have jobs in a stronger economy.

This explains why the unemployment rate has officially recovered in the Elkhart metropolitan area despite it still having fewer jobs today than in 2007.

… where we haven’t finished the job, where folks have good reason to feel anxious, is addressing some of the longer-term trends in the economy—that started long before I was elected—that make working families feel less secure. These are trends that have been happening for decades now and that we’ve got to do more to reverse.

Until the recession family incomes were growing up and down the income ladder. Congressional Budget Office data show market incomes for the middle quintile of (non-elderly) households grew by a third between 1979 and 2007.

Other academic economists estimate higher middle class income growth over that period. Market incomes for families in the bottom quintile grew even faster—by more than 50 percent.

Then the recession hit and the recovery dragged on. Between 2007 and 2011, middle class households’ market incomes dropped by a tenth (the Congressional Budget Office data only goes through 2011). More Americans today tell Gallup they think the economy is in poor shape than in excellent or good condition. It’s hard to blame this newfound dissatisfaction on long-term trends.

The president argued his administration deserves credit for the recovery thus far. If so, he has engineered the weakest recovery of the post-war era. (For more from the author of “The Key Economic Facts Obama’s Recovery Narrative Ignores” please click HERE)

The Case for Reforming Primaries
Scroll to top