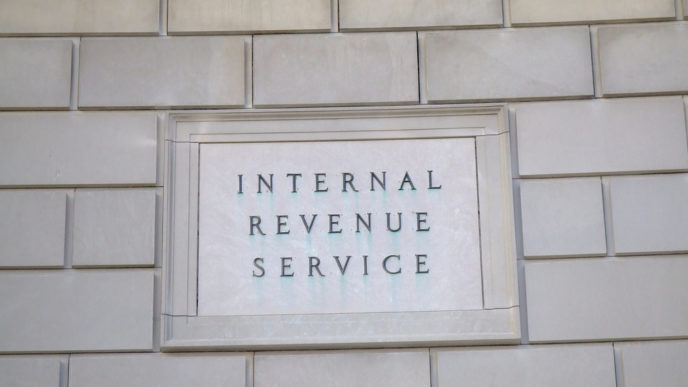 Recently unearthed documents reveal that the FBI knew the IRS was unfairly targeting groups because of their conservative politics two years before Congress even heard about the agency’s misconduct.

The revelation has already added fodder to the conservative case to impeach the current IRS Commissioner John Koskinen.

Almost 300 pages of documents released Thursday and obtained by Judicial Watch through the Freedom of Information Act confirm that the IRS subjected conservative groups to increased scrutiny beginning in 2011.

Even though the FBI uncovered the scandal in 2011, the documents show, the Department of Justice chose not to act.

In interviews with FBI agents, IRS officials said that a Cincinnati branch of their agency targeted conservative groups.

“Cincinnati was categorizing cases based on name and ideology, not just activity,” Nancy Marks, a senior official at the IRS, told the FBI. That was in the summer of 2011. The public wouldn’t learn of the scandal until May 2013.

The scandal first erupted at an American Bar Association event when IRS official Lois Lerner answered a planted question about the tax agency’s handling of applications for nonprofit status. She apologized for the inappropriate scrutiny some groups experienced, adding that the conduct “was incorrect, insensitive, and inappropriate.”

After multiple congressional hearings, a vote to censure Lerner, and her eventual retirement, the Department of Justice announced the administration would not level criminal charges against the tax official.

“We found no evidence that any IRS official acted based on political, discriminatory, corrupt or other inappropriate motive,” the Justice Department wrote members of Congress in an October 2015 letter.

That the administration sat on the information for two years before deciding not to prosecute is “par for the course and, frankly, the stench is overwhelming” said Rep. Tim Huelskamp, R-Kan.

The documents underscore the need to impeach Koskinen, members of the House Freedom Caucus say, even though the tax chief wasn’t with the IRS at the time. The group argues that he impeded a subsequent congressional investigation into the scandal and they want a political pound of flesh.

“At the end of the day we have to be able to strike at least one blow on behalf of accountability,” Huelskamp told The Daily Signal.

The administration won’t deal with the situation, said House Freedom Caucus Chairman Jim Jordan, R-Ohio. The episode, he told The Daily Signal, shows that “there are two sets of rules in this country—one for ‘we, the people’ and another for the politically connected.”

To can Koskinen, members of the Freedom Caucus have filed a parliamentary measure known as a privileged resolution to force a floor vote on impeachment.

Rep. John Fleming, R-La., who introduced the motion along with Huelskamp, says the new documents establish a more troubling problem.

“While this provides further confirmation that the IRS was acting to suppress the voices of certain conservative groups, it now raises questions about whether the FBI has been compromised or politicized,” Fleming told The Daily Signal.

That’s “simply outrageous,” says Heritage Foundation legal scholar Hans von Spakovsky, who has watched the scandal unfold since 2013. “No one at the IRS has been punished over this, no one has been prosecuted,” he notes. “Nothing has been done to ensure that this won’t happen again.”

The FBI and IRS did not respond to multiple requests for comment by phone and email from The Daily Signal. (For more from the author of “Justice Department Knew of IRS Scandal 2 Years Before Congress but Did Nothing” please click HERE)

3 Gun Myths That Could Destroy Hillary’s Chances in November