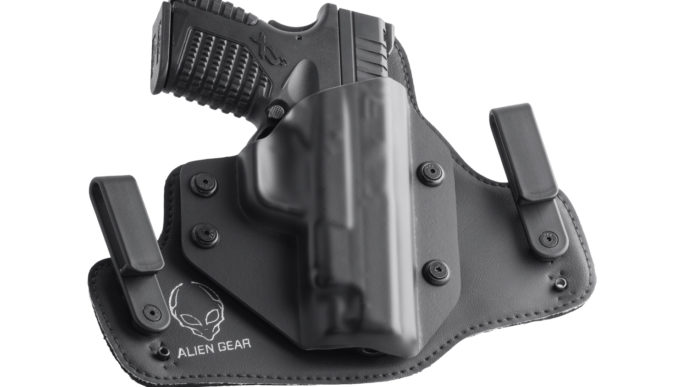 The number of concealed-carry permit holders has skyrocketed over the last four years, noticeably in key battleground states and among women, according to a new report.

Two swing states have the highest number of permit holders in the country, with 1.58 million in Florida and 1.2 million in Pennsylvania.

Meanwhile, 549,000 have permits in Ohio, another 556,136 in Michigan, and 530,092 in North Carolina. Indiana has issued 728,976 permits. These are all states that President Barack Obama—who supports gun control—carried at least once in his presidential election campaigns.

Depending on how significant guns are in the election, the increase in women permit holders and minorities could also be significant. Women have traditionally broken for Democrats in past elections.

“In eight states where we have data by gender, since 2012 the number of permits has increased by 161 percent for women and by 85 percent for men,” a report by the Crime Prevention Research Center says.

The increase among women with permits is even pronounced in the very blue state of Washington, the report said. Between 2005 and 2014, in Washington, “the growth rate for women getting new permits [was] twice as fast as that of men.”

“Women benefit more from having a gun than a man because of the large strength differential between a male-to-woman attacker compared to male-to-male attacker,” Crime Prevention Research Center President John Lott, a noted economist and researcher, told The Daily Signal in a phone interview. “Women with a gun would be able to better resist an attack from men. There has been a lot of fear about guns that have caused people to make the wrong decisions about guns, but that is changing.”

Lott is the author of the new book, “The War on Guns.”

From 2007 through 2015, permits issued by state and local governments increased by 215 percent, to more than 14 million Americans. Much of that increase was among minorities, with permits increasing about 75 percent faster among nonwhites than whites, according to the report. Lott said this is similar to the argument for women having guns.

“People who live in poor urban areas are less likely to be victims of a crime if they can protect themselves,” Lott said.

The Second Amendment will likely play a paramount role in the 2016 election for gun owners because of a Supreme Court vacancy, said John Malcolm, director of judicial studies at The Heritage Foundation.

“The Second Amendment will be on the minds of gun owners who vote because of the Heller decision, and the Supreme Court,” Malcolm told The Daily Signal in a phone interview. “Antonin Scalia was the author of the Heller decision. Now we have a four-four split and the next president will appoint the justice to decide if Heller is good law.”

Heller was the 2008 case that affirmed the Second Amendment guaranteed the individual right to bear arms.

Gun rights are likely to play a role in the Ohio vote and in other swing states, but it might be limited if single-issue voters already know how they’ll vote, said Paul Beck, a political science professor at Ohio State University.

“Reaction from voters toward the candidates and their stances is largely already baked in,” Beck told The Daily Signal in a phone interview. “This is one issue that really separates the two parties.” (For more from the author of “Concealed-Carry Permit Surge Could Play Decisive Role in These 2016 Battleground States” please click HERE)

Rigged Election? A History of Presidential Candidates Who’ve Made All...

CHART OF THE DAY: College Inflation Since 1978
Scroll to top