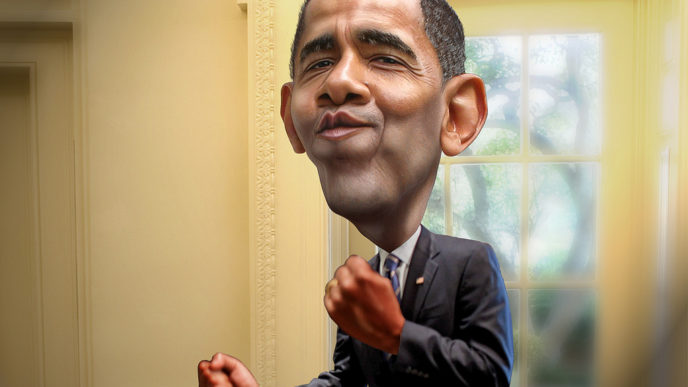 Last week, the Congressional Budget Office (CBO) revised their 2016 budget deficit figures and concluded that, in fact, this year’s deficit will be far worse than expected.

This revised total comes after Obama perpetually attempts to sell the nation a narrative that he’s a fiscal champion and that his policies have reduced the deficit.

During a 2015 speech at a Michigan assembly plant, Obama bellows,

[ask] ordinary folks on the street, are the deficits going up or are they coming down, everybody automatically assumes, well, government spending and deficits must be going up. Deficits have come down by two-thirds since I took office – by two-thirds. They’re going down. [applause]

(Yes, the “applause” notation was included in the White House transcript of the speech.)

Obama’s firsts four years in office included deficits that were more than $1 trillion. Adjusted for inflation, those deficits are the largest in history — even compared to the deficits we ran during World War II. So, naturally, those deficits came down after the economy rebounded from the financial crisis. But as the chart below demonstrates, the decline in deficits is merely a hiccup — they are simply temporary. The deficit did drop (although, not even low enough to get to Bush era deficits) but will soon skyrocket.

Things are not looking much better for Obama’s fiscal record this year, either, where CBO has already had to revise this year’s budget deficit by $55 billion, for a total of $590 billion.

Sure, you might, say, what’s a $55 billion larger deficit for a government that is projected to spend nearly $4 trillion? Well, quite a bit actually. A $55 billion tab, levied on the American taxpayer, is equivalent to $450 more that you now owe, per household.

Do you have an extra $450 you’d like to send the government? Me neither.

For the most part, the increasing deficit is the result of spending. Yes, revenues are lower than CBO expected. In particular, corporate income taxes failed to meet their expected levels by $36 billion – and lagging corporate income taxes can be a sign of slowing profits and a slowing economy (more on that another time).

Meanwhile, programs like Social Security and Medicare, continue to grow faster than expected. The two combined added $35 billion more in spending that predicted. Of course, the U.S. debt isn’t helping much, either. CBO now predicts that net interest spending will be $23 billion larger than expected.

Well, you tell me: Do you think Obama’s deficits are going down? Who is applauding now? 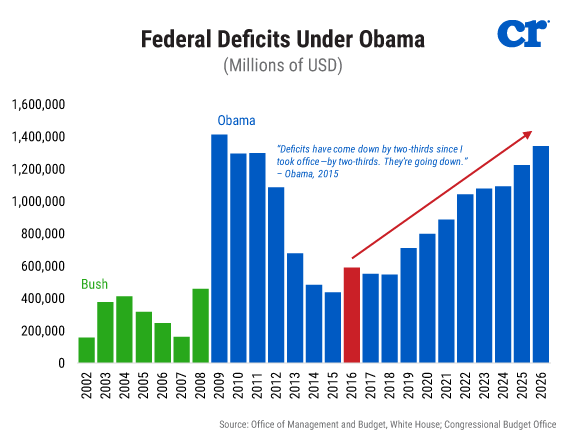