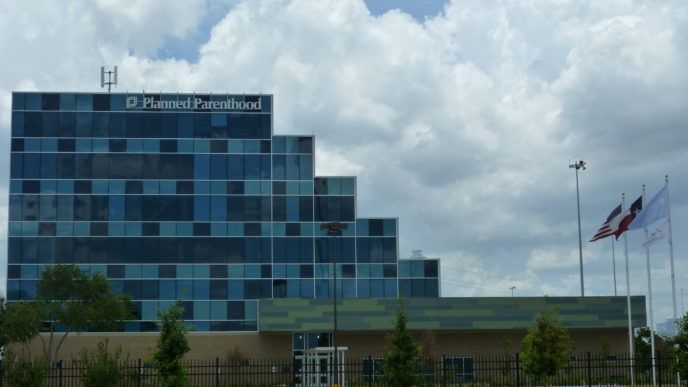 In the wake of a series of undercover videos that hit the abortion industry last year, 15 states have attempted to cut funding to Planned Parenthood.

After the Center for Medical Progress released undercover video footage that raised questions about whether Planned Parenthood was making a profit from selling aborted baby body parts (Planned Parenthood denies illegal activity), Republican lawmakers around the country called for cutting federal and state funding to the abortion provider.

A handful of states, some mentioned above, along with Indiana, Michigan, Tennessee, and New Jersey, already reduced taxpayer funding to Planned Parenthood before the release of the undercover videos, according to the nonprofit Christian legal organization Alliance Defending Freedom.

In some states, such as Arkansas, defunding efforts have been caught up in legal challenges.

As The Daily Signal has previously reported, “Governors and other officials generally say their state has ‘defunded’ Planned Parenthood by taking one or more of these steps:

Terminated a Medicaid contract with the organization or barred it from participating in the Medicaid program.”

As Planned Parenthood celebrated its 100th anniversary on Sunday, many in the pro-life community say they reflect on the organization with heavy hearts.

“At Planned Parenthood’s 100-year anniversary, tens of millions of Americans have now seen the shocking and callous way that this abortion factory’s top-level leaders scheme to make an easy and illegal profit off of tiny baby organs,” David Daleiden, Center for Medical Progress founder and investigative lead, said in a statement provided to The Daily Signal. “Millions of Americans are becoming increasingly aware that Planned Parenthood, as the biggest abortion provider in the country, receives over half a billion taxpayer dollars annually.”

The House Energy and Commerce Committee’s Select Investigative Panel is the only official investigation taking a comprehensive, nationwide look at Planned Parenthood’s harvesting and sale of baby body parts. The panel has so far found probable cause that Planned Parenthood and its business partners profited off the sale of fetal organs, [and] used fraudulent and invalid consent forms to convince patients to give permission for harvesting …

“Planned Parenthood may be in a celebratory mood as it turns 100, but the nation’s largest abortion chain has many reasons to worry,” Ashley McGuire, senior fellow with the Catholic Association, said in a statement provided to The Daily Signal. “At the state level, the trends are clear: Americans want more protections for women and children, not less, and are increasingly skeptical of a for-profit company that places abortion profit ahead of safeguards for women.”

In total, at least 24 states have attempted to defund Planned Parenthood since July 2015, according to Live Action News.

“Planned Parenthood has always claimed to ‘care’ for women and their health, but the evidence shows it’s really an abortion business focused on making money,” said Lila Rose, president of Live Action, a pro-life advocacy group. “Planned Parenthood, which falsely claims that abortion makes up only 3 percent of its services, has become the largest abortion chain in the nation, committing over 320,000 abortions last year alone by starving pre-born children of nutrients until they die or dismembering them alive.”

Planned Parenthood receives roughly half a billion dollars every year from federal funding, mostly through Medicaid and Title X, a family funding program designed for low-income Americans. According to its most recent annual report, Planned Parenthood received $553.7 million in government health services grants and reimbursements for the organization’s fiscal year ending June 30, 2015.

“We’ve made incredible gains during our first century and we’re just getting started,” Cecile Richards, president of Planned Parenthood Federation of America, said in a statement. “We will build on our proud legacy and launch our second century with as much passion, courage, and conviction as our first.”

The organization touts that nearly one in three women will have an abortion at some point in their lifetime.

“I am saddened that for eight years of my life, I worked for Planned Parenthood and played a role in their deceit,” said Abby Johnson, former Planned Parenthood director and founder of And Then There Were None, a nonprofit that helps abortion clinic workers leave the abortion industry. She added:

As I reflect on Planned Parenthood’s 100th anniversary, I am haunted by the fact that for 100 years this organization has treated women as second-class citizens and aborted nearly 8 million children.

As of September, 22 states have both Republican governors and Republican-controlled legislatures, Democrats control 8 states, 19 states are split, and one state has a unicameral and nonpartisan legislature, according to the National Conference of State Legislatures.

The Obama administration has warned certain states that cutting off Medicaid funding to Planned Parenthood may be against the law. (For more from the author of “15 States Have Moved to Defund Planned Parenthood Since Undercover Videos Were Released” please click HERE)