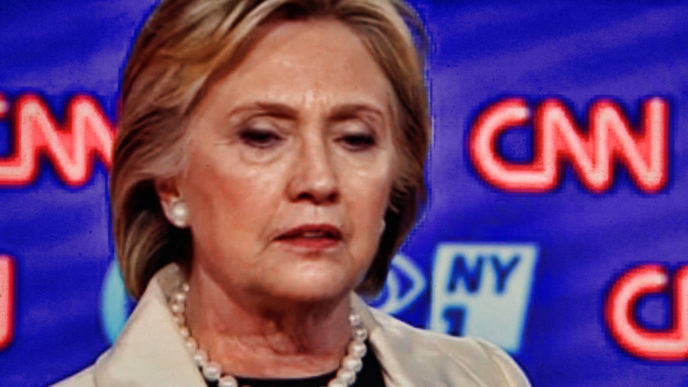 In a guest piece for women’s fashion magazine Elle, the actress, best known for her character, Detective Olivia Benson, explains how a Clinton presidency would best meet the needs of American women:

“As for where I stand, I’m with her. I stand with Hillary, enthusiastically and with all conviction.”

And while many voters have come to accept that both presidential nominees are less than ideal, it seems ironic that Hargitay, whose TV persona mirrors her real-life work helping victims of sexual assault, domestic violence, and child abuse, would offer such a hearty affirmation.

“We need a President—and an administration—who will not only keep these issues at the forefront of domestic and international policy, but also will hold out a vision for a future free from these crimes. Whether it is arguing for change in how campuses address the epidemic of sexual assault, drawing attention to the use of rape as a weapon of war, or advocating for the criminal justice system to do all that it can to ensure victims of sexual assault have full access to all the tools at law enforcement’s disposal […] And after a lifetime dedicated to working for the rights of women and girls, her vision and her plan are informed, hard-won, and comprehensive.”

An interesting choice of words for a candidate whose husband has been accused by multiple women of sexual assault, and whose campaign site went out of its way to delete the phrase, “you have the right to be believed” in a message to victims of sexual assault on college campuses.

And as for the “lifetime dedicated to working for the rights of women and girls” claim, Hillary and her supporters can say it all they want (and, they do), but that doesn’t line up with her thick-as-thieves partnership with abortion giant Planned Parenthood. Nor does it explain her conscious defense of a child rapist. What would Det. Olivia Benson think of that?

Mariska Hargitay ends her piece with a special shout-out to Clinton, shrewdly alluding to GOP rival Donald Trump’s assertions that he would bring “law and order” to America:

“And yes, Hillary, in case you were wondering, this makes you the ‘Law & Order’ candidate.”

But like Olivia Benson, Hillary Clinton’s commitment to defending the citizens and laws of this nation is the work of fiction. Though the narrative she has presented throughout this campaign has appealed to many, her track record shows that it’s all an act. (For more from the author of “Oh the Irony: Hillary Gets a ‘Law and Order’ Endorsement” please click HERE)

Christian Conservatives, Be Assured That President Hillary Clinton Will Declare...
Scroll to top