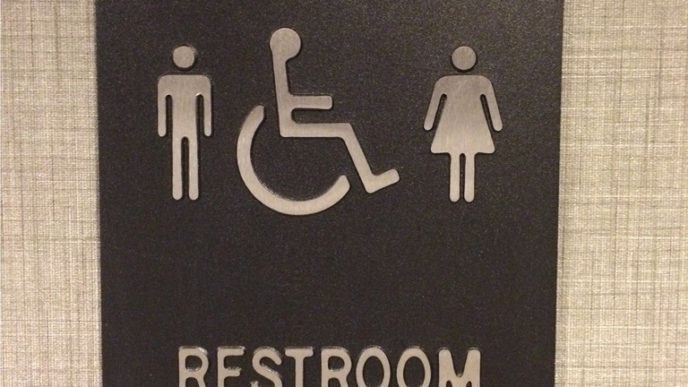 As a woman and a mother, I am thrilled that the Trump administration has rescinded President Barack Obama’s unlawful transgender school policy regarding the use of showers, locker rooms, dorms, and bathrooms in public schools and universities.

President Donald Trump has returned the policymaking power back to parents and state and local officials.

Like many Americans, I was shocked by the Obama administration’s “Dear Colleague” letter threatening our nation’s schools with loss of federal funds unless they adopt radical gender identity policies. The Obama letter twisted Title IX—a law banning sex discrimination in education—and opened the door to a myriad of real dangers to women and girls, the very people Title IX was meant to help.

Wanting to protect my school-aged children, and also having been a victim of sexual assault, I initiated the “United We Stand” campaign last summer to generate calls to the White House respectfully requesting that Obama reverse course.

A decade ago, I worked in the correspondence office at the White House and learned firsthand that administrations take citizen communication very seriously.

Trump’s decisiveness on this issue shows that he cares more about people than political correctness—that all our children deserve a safe and respectful learning environment, not just a very small minority, and that privacy and free speech are rights that American parents hold dear.

It also shows respect for the right of self-governance. An issue like bathroom policy is best determined at the local level, by the people closest to it—not by bureaucrats in Washington. The new guidance from the administration is both good policy and good governance.

But the fight is far from over, as there is no guarantee that local school boards will adopt sensible solutions unless they hear from concerned parents and students instead of just a vocal minority backed by well-funded outside activist groups.

In my local school district of Fairfax County, Virginia, parents are speaking out every other week asking our school board to reverse its transgender policy. We aren’t asking to “discriminate” against gender confused children, but to accommodate them with individual private facilities so that no one’s privacy is put at risk. We are merely asking for commonsense solutions for all students, not just a few.

Have you ever attended your local school board meeting? You will find they are democracy in action, but only if people make the effort to attend and voice their concerns.

Sadly, Trump is receiving a lot of flack for merely righting his predecessor’s wrong. While “just 28 percent of all Americans believe the federal government should be responsible for setting bathroom policies in elementary and secondary schools,” according to a recent poll, a vocal minority has dominated print and airwaves, and very likely the White House comment lines, giving the impression that the people are against Trump’s wise move.

The silent majority must no longer be silent. With Trump, we now have a president who is focused on remedying the lawlessness of the prior administration.

This mom has conveyed her support and gratitude. I hope others will follow. (For more from the author of “Trump Has Reversed the Transgender Bathroom Mandate. Here’s How Moms Like Me Pushed the Fight.” please click HERE)