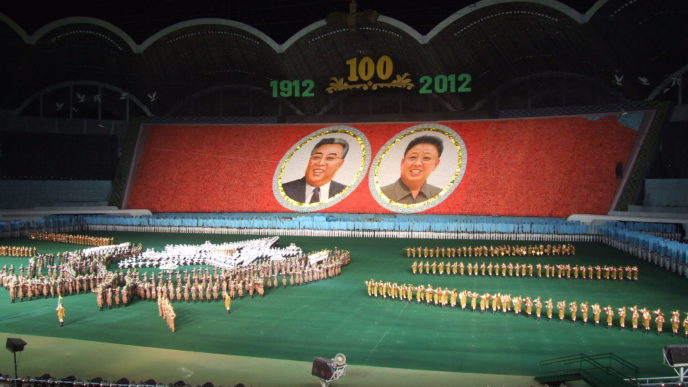 But stunning footage was released by the American-led United Nations Command showing a disease-ridden North Korean soldier risking his life to escape the rogue regime and fleeing across the border into South Korea while being shot by his former comrades.

The 24-year old soldier can be seen speeding on the North Korean side of the DMZ toward the border in a vehicle as his fellow military officers fire at him.

The wounded defector then crawls across the border, finally emerging on South Korean territory before collapsing and being pulled into safety by border guards. (Read more from “North Korean Defector Escapes Through Hail of Bullets” HERE)

By Justin McCurry. Dramatic footage has emerged showing a North Korean military defector fleeing across the border to South Korea as he is pursued and shot at by his compatriots before being hauled to safety by troops from the other side.

The video, released on Wednesday by the UN command in the South, shows the soldier, who defected last week, racing towards the border village of Panmunjom in a military vehicle before crashing it and continuing his escape on foot.

The video shows the man collapsed on the ground after being shot just south of the demilitarised zone [DMZ].

Later three members of South Korea’s security battalion security forces crawl to the wounded defector and drag him away to safety.

The release of the footage came amid news that the unnamed soldier, who was shot at least five times during his escape, was showing signs of recovery. (Read more from “North Korean Defector’s Daring Escape Caught on Video” HERE)