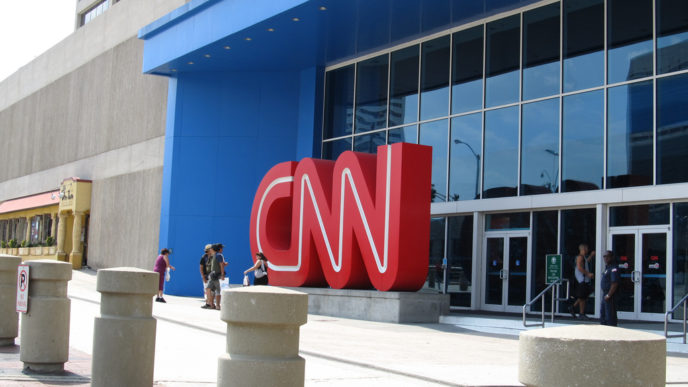 By Peter Hasson. It has been 24 hours since news broke that Pennsylvania Democratic Rep. Bob Brady is under FBI investigation for allegedly paying his primary opponent to drop out of the race, but CNN has published zero articles and devoted zero airtime to the story.

The FBI was granted a search warrant for Brady’s campaign email, [email protected], as part of its investigation into payments Brady’s campaign allegedly made to 2012 primary opponent Jimmie Moore. Two of Brady’s political consultants have already been charged in connection with the investigation.

A search of CNN’s website shows the news outlet has yet to publish an article acknowledging the investigation into the congressman.

And while CNN devoted plenty of coverage to President Trump’s feud with Lavar Ball, the father of UCLA basketball player LiAngelo Ball, the network has yet to even acknowledge the investigation into Brady on-air since the news broke, according to broadcast monitoring service TVEyes.

CNN isn’t the only major network keeping its viewers in the dark about the Brady investigation. MSNBC also has yet to mention the story on-air since it broke. (Read more from “CNN Blackout on House Democrat Under FBI Investigation” HERE)

FBI Investigates Congressman for His Campaign Paying Opponent to Quit

By The Daily Beast. The FBI said it is investigating Rep. Bob Brady (D-PA) for an alleged scheme to pay his primary opponent to drop out of a 2012 race against him and for allegedly lying to investigators.

The revelation came from a search warrant application unsealed in a Pennsylvania federal court on Monday, which was first reported by Seamus Hughes. An FBI agent asked a judge to authorize access to Brady’s personal email account on the belief it holds evidence contradicting an anticipated defense about the campaign payments. The judge approved the warrant and the FBI said it got one CD worth of data from the email account.

Brady’s congressional office in Washington, D.C., could not be reached for comment. Brady has not been charged with a crime.

Jimmie Moore ended his campaign for the Democratic nomination in February 2012 after allegedly receiving $90,000 from the Brady campaign. The FBI said the payments were routed from the Brady campaign to businesses owned by his aides. Then the money was transferred to one of Moore’s aides, who used it to pay for services rendered to the Moore campaign. (Read more from “FBI Investigates Congressman for His Campaign Paying Opponent to Quit” HERE)