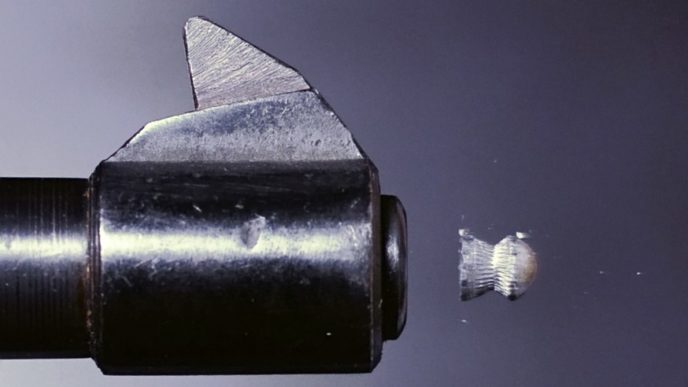 A nine-year old prevented an alleged carjacker from stealing his dad’s truck outside of a One Stop Express in Kokomo, Indiana.

Larry Larimore was sitting in the back of the car with the engine running while his dad, Kevin Cooksey, made a quick stop to get ibuprofen for his wife, according to Indiana television Station WTHR.

“When I saw my truck door open, I was like, ‘oh my God, what am I going to tell my wife?’” Cooksey said. “I was thinking, I hope my son knew what to do in that situation.”

The carjacker was startled enough to leave Cooksey’s truck, but then hopped into the next car down, a black Tail Blazer with its engine running.

This vehicle belonged to Kyle Sparling who, according to WTHR, was in the store buying Doritos.

“I didn’t know what to think,” Sparling said. “I just kind of ran outside and watched him.”

Cooksey reportedly told Sparling to get in the truck with them so they could go track down the car and the carjacker.

“I wanted to go catch the guy,” Cooksey explained. “It’s just one of those instincts to help out somebody else.”

They called the police and chased the suspect down the road at about 70 mph.

“I thought he was going to come back at me,” Cooksey said. “I thought I was going to have to dodge a moving car with my nine-year-old son in the truck.”

“I was just glad he didn’t wreck into anybody,” Sparling added. “That was my biggest fear, I think.”

The suspect crashed the car a few miles down the road, and although there was a lot of damage, Sparling was “just relieved when it was all over.”

When asked about his heroic efforts, the young Larimore referenced his grandmother.

“I just like helping people because it’s kind and if my grandma was here, she would have me do the same,” he concluded.

“Moral of this story: leave a nine year old boy with a pellet gun in your idling vehicle while you run into the store!” the Twitter user wrote. (For more from the author of “Carjacker Tries Stealing His Dad’s Truck, so 9-Yr-Old Pulls out a Pellet Gun” please click HERE)