Bank of America is facing backlash over what many are calling a slight against dedicated customers.

The Charlotte-based bank announced that they would be eliminating free checking account options for eBanking customers, charging them a monthly fee of $12 unless they met certain standards.

The quota that customers must meet in order not to be charged is a minimum daily account balance of $1,500 or if the account holder has a direct deposit of $250 or more, according to the Charlotte Observer.

It was back in 2010 that the widespread bank introduced their eBanking accounts in an attempt to promote online banking, as it was a time when new federal regulations were expected to limit certain fees the industry had been charging.

The company promised customers no monthly fee in return for the account holder handling all transactions and statements online.

However, the bank eventually stopped offering new customers that same service as it began transitioning into digital banking, though existing customers were permitted to keep their original eBanking accounts.

This month has marked that years-long phaseout of the accounts, which started in 2015 — a move that has continued to anger customers who have even gone so far as to set up a Change.org petition against the company.

By Monday afternoon, more than 45,000 signatures had been added to the petition.

“I currently use eBanking and have had no need to use a teller,” one commenter stated on Change.org. “BofA, keep this feature available for the low-income people that don’t even go inside your banks.”

Others have decided to leave the bank behind completely, as one commenter wrote, “I am in the process of switching banks because of this.”

Yet many can’t understand why the bank has seemingly undermined those with low-incomes, as they are the group who may need the fee waived the most.

But the bank has countered that it hasn’t offered the account — which did not require a minimum balance before — for nearly five years, and has been transferring eBanking customers to the bank’s “Core Checking” account — where they must meet the $1,500 or $250 quota.

Bank of America spokeswoman Betty Riess explained that the direct deposit of $250 required is one of the lowest requirements in the industry, adding that the former program was established in a different banking environment than what company’s see today.

“Over the years we’ve been simplifying and streamlining our products,” Reiss stated. “Our core checking account provides full access to all our financial centers, ATMs, mobile and online banking.

As reported by the Charlotte Business Journal, Reiss added that the new program “offers several ways to avoid a monthly fee, including a monthly direct deposit of $250, which equates to $3,000 annually.”

For example, the bank stated that students under the age of 24 are eligible to have the $12 fee waived, so long as they are enrolled in high school, college or some other vocational program.

The recent change is suggested to be one of many, as chief executive Brian Moynihan continues to streamline the company by shedding “non-core” products and securing business with those who have strong credit scores, which the company labels as “prime” and “super prime” borrowers. (For more from the author of “Major Bank Is Charging Customers for ‘Free’ Accounts” please click HERE) 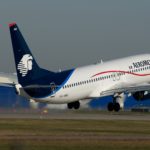 Deutsche Bank: Only Jesus Can Save The Eurozone