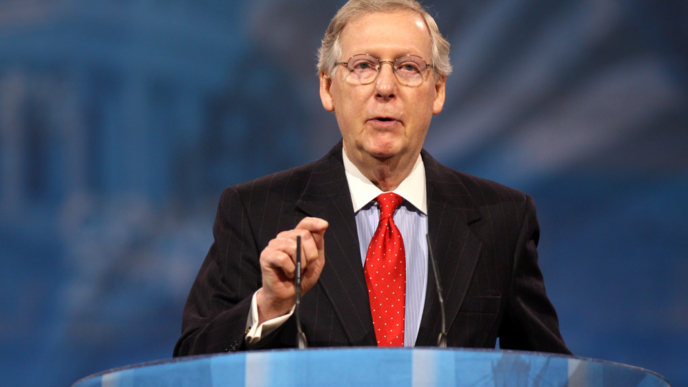 By The Blaze. In an interview with Kentucky Today, Senate Majority Leader Mitch McConnell (R-KY) expressed concern this week over how his party might fare in the 2018 midterm elections.

Other GOP lawmakers have voiced fears for their party in 2018, citing jitters over President Trump’s tariffs, the passage of a bloated omnibus spending bill and the possibility of an energized Democratic Party.

McConnell said he hopes for Republicans to be able to at least hold the Senate, where critical appointments can shape the future of the country. (Read more from “Mitch McConnell Says Midterms Will Be Tough for the Republican Party” HERE)

By NPR. Rep. Darrell Issa, R-Calif., announced he will not seek re-election Wednesday, adding to a record number of House Republicans heading for the exits ahead of the 2018 midterms — perhaps seeing the writing on the wall of a possible wave election for Democrats.

There are now 31 Republicans who will not seek re-election in November: 19 who are retiring outright and another 12 who are running for higher office. And that list is is expected to grow in the coming weeks.

The last time a party had nearly that many members retire during a midterm year was in 1994, when 28 Democrats left and the GOP subsequently took back control of Congress in the Republican Revolution. Now, it’s Republicans who find themselves in the opposite and unenviable position. Just one year into his term, President Trump has record low approval ratings, congressional Republicans have had few legislative achievements save for the tax overhaul they passed last month, and Democrats seem more fired up than ever to issue a rebuke to the GOP at the ballot box this year. (Read more from “Rep. Darrell Issa to Retire, Adding to Record GOP Exodus From Congress” HERE)