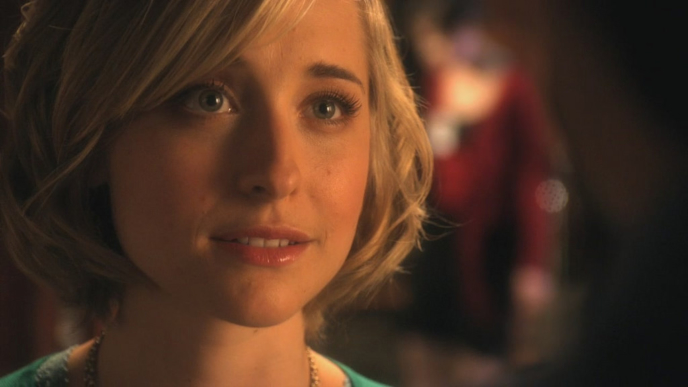 Mays had an extensive videotaped conversation with the cult’s leader Keith Raniere — who has been arrested for sex trafficking alongside his protégé, Smallville actress Allison Mack, and whose cult allegedly branded women with his initials. That interview was part of the “Keith Raniere Conversations” program, available on his website.

Mays has long been linked to the Clintons, and Bill Clinton appointed him to the Arkansas Supreme Court. New York magazine once described him as “a Clinton friend and one of Hillary’s top fund-raisers.” (Read more from “Nxivm Sex Trafficking Cult Now Connected to Supreme Court Justice, Clinton Fundraiser, Not Just Smalllville Actress and U.S. Senator Gillibrand’s Father” HERE)

The Dark Cult with Billionaires, Stars, and Allegations of Sex Slavery

By The New York Post. Nxivm had all the hallmarks of a money-scamming cult — but the truth was far, far worse.

Devotees of the upstate self-help organization pay thousands of dollars for seminars, wear colored sashes denoting their “rank,” spout Scientology-like jargon, and literally bow before leader Keith Raniere — whom they call “The Vanguard.”

Nxivm (pronounced “Nexium”) has deep pockets, outposts around the world, and draws celebrity attendees, including actresses Allison Mack, Kristin Kreuk and Nicki Clyne, and even hosted the Dalai Lama at an event in 2009 . . .

On Monday, Raniere’s secret world came crashing down when authorities tracked him down in Mexico after a months-long manhunt and arrested him for sex trafficking and forced labor. (Read more from “The Dark Cult with Billionaires, Stars, and Allegations of Sex Slavery” HERE)

By News.au. Smallville star-turned-accused-sex-slaver Allison Mack is looking to cut a deal with the feds in Brooklyn, according to a new affidavit.

Mack’s lawyers and federal prosecutors have agreed to delay proceedings against her until May 3, because “they are engaged in plea negotiations, which they believe are likely to result in a disposition of this case without trial,” according to a document filed Friday.

Mack was the No. 2 in a sex cult run by Keith Raniere under the guise of his upstate self-help group, Nxivm (pronounced “nexium”), according to authorities.

Prosecutors say that Mack, 35, used her star power to lure young women into the group and that she and Raniere then forced the women to go on crash diets and “branded” them like cattle as Mack groomed them for sex with Raniere.

By The New York Post. Sen. Kirsten Gillibrand must come clean about her family’s connection to an alleged sex-slave cult upstate whose leader was arrested by the FBI on Monday, her Republican rival said.

GOP senatorial candidate Chele Farley noted that Gillibrand’s father, Doug Rutnik, was once a lobbyist for NXIVM and its founder, Keith Raniere.

“For Kirsten Gillibrand, the self-proclaimed #MeToo Senator, to claim ignorance about a notorious sex-slave cult, in her own backyard, is simply hard to believe,” said Farley.

Raniere hired Rutnik as a lobbyist in 2004, only to later sue him. Rutnik settled the case for $100,000. (Read more from “Gillibrand Rival Slams Her Father’s Ties to Alleged Sex-Slave Cult” HERE)

Allison Mack’s Sex Cult, NXIVM, Is Getting a Documentary

By Vulture. Well, that was fast for the television overlords. Just days after Smallville actress Allison Mack was arrested for her alleged involvement in recruiting women for the sex cult NXIVM, a documentary series about the cult has been ordered for television. Per Deadline, former Psych actress and “branded” woman Sarah Edmondson will star in the series alongside her husband, actor Anthony Ames, as they were the first prominent defectors from the group to speak out against its alleged history of abuse and sex trafficking last fall. (Read more from “Allison Mack’s Sex Cult, NXIVM, Is Getting a Documentary” HERE)

Holy Smokes – House Intel Drops a Bomb on Mike Flynn – He Might...
Scroll to top