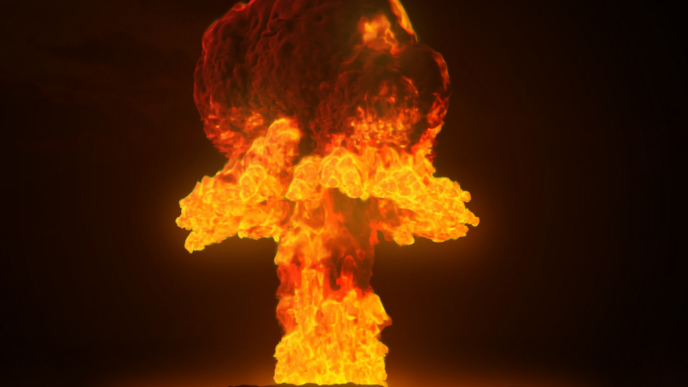 Ever since the flash was observed by a U.S. “Vela” satellite orbiting above Earth in September 1979, there’s been speculation that it was produced from a nuclear weapon test by Israel. International researchers in the journal Science & Global Security analyzed previously unpublished results of radiation testing at a U.S. lab of thyroid organs from sheep in southeastern Australia in order to make their determination.

The flash was located in the area of Marion and Prince Edward islands, which are in the South Indian Ocean about halfway between Africa and Antarctica.

“A new publication sheds further light on the Vela Incident of 1979,” said Professor Nick Wilson, of Otago University at Wellington, who highlighted the findings but was not involved with the study itself. “[The research] adds to the evidence base that this was an illegal nuclear weapons test, very likely to have been conducted by Israel with assistance from the apartheid regime in South Africa.” . . .

The researchers conclude that iodine-131, which is an unstable radioactive form of the element iodine found in the thyroids of some Australian sheep, “would be consistent with them having grazed in the path of a potential radioactive fallout plume from a [September 22, 1979] low-yield nuclear test in the Southern Indian Ocean.” (Read more from “Radioactive Sheep Bolster Nuclear Weapon Test Claim Against Israel” HERE)

Prez on Bibi – Will the Real Barack Obama Please Stand Up?
Israeli Gov’t: Another Obama term, “nightmare” for Jewish State
Son of Hamas Founder: ‘Time to expose Muhammad’
Video: Hamas Founder’s son claims Islam is “a religion of war,” Muhammad author of extremism, terror
Time for the U.S. to Abandon the United Nations
Egypt’s new leadership renounces terms of 1978 peace treaty with Israel in front of a silent Hillary Clinton

Paul Manafort’s Lawyers Are Asking for a Full Acquittal