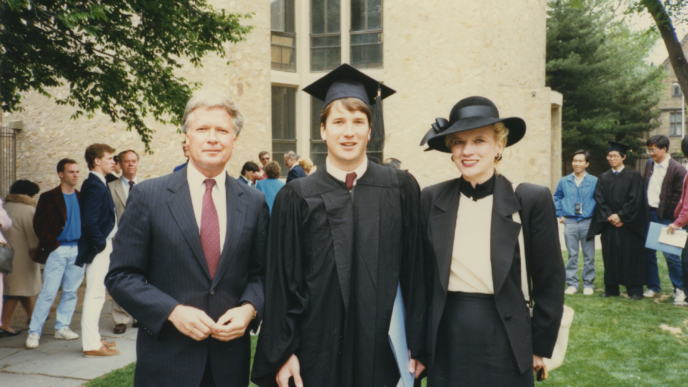 Like many patriots, I was not terribly excited about President Trump’s nomination of Brett Kavanaugh several months ago. Unlike Amy Barrett, Judge Kavanaugh was lackluster on his commitment to life, seemed to be in bed with the Bushes, and had real problems following the dictates of the Fourth Amendment. But given my support for the President, I was willing to give his nominee – and his better understanding of the difficult Senate confirmation battle – the benefit of the doubt.

Well before Christine Blasey Ford’s questionable allegations against Kavanaugh, I started hearing rumblings in liberty circles about Kavanaugh’s work with Establishment-pawn Kenneth Starr during the Vince Foster investigation in the mid-nineties. It took little time to determine that young Brett Kavanaugh was instrumental in the takedown of an important whistle-blower – Patrick Knowlton – an innocent bystander sucked into the whirlwind of the Vince Foster investigation because of what he saw on the day Foster’s body was discovered in Fort Marcy Park. Contradicting the official narrative, Knowlton claimed Foster’s car wasn’t at Marcy Park when he stopped to relieve himself, about seventy minutes after Foster supposedly drove himself there to commit suicide.

A British journalist assigned to Washington, Ambrose Evans-Pritchard, tracked down Knowlton and discovered that no one on Starr’s team had interviewed him, even though he was the first known person at the Foster crime scene. Pritchard, now the international business editor of the Daily Telegraph, published a story forcing the FBI to follow up. Knowlton’s life would never be the same.

According to Knowlton, the FBI’s efforts weren’t to get to the truth but to get him to change his story. The agency’s first witness statement attributed to him was completely made up. According to journalist Pritchard, the FBI’s statement

contradicted [Knowlton’s] express assertions. He said the FBI had tried repeatedly to badger him into changing his story on key facts. Each time he refused. Now it appeared they had written in what they wanted to hear. He agreed to go public and accused the FBI of falsifying his witness statement. This was to court trouble.

After the falsified FBI witness statement, Knowlton was then called before the DC grand jury to face none other than Starr’s deputy, Brett Kavanaugh. In an article published just yesterday, Pritchard claims

What happened first was an eye-opener. Before testifying, he suffered two days of what appeared to be systematic intimidation by a large surveillance team. This was observed by two other witnesses, including Chris Ruddy, now the powerful chief executive of NewsMax.

Mr. Ruddy called me in shock from Dupont Circle to recount what he saw. A deeply-shaken Mr. Knowlton contacted me from his home several times, until his phone was cut off.

Veteran intelligence agents might recognize a method. It had the hallmarks of a boilerplate softening-up operation. In my view – unprovable – the objective was to frighten him before his grand jury appearance. It smacked of police state behavior on the streets of Washington DC.

I informed Mr. Starr’s office that their grand jury witness was being intimidated. So did Mr. Knowlton’s lawyer, who asked for witness protection. Nothing was done. Mr. Kavanaugh brushed it off, saying the Telegraph was behind all this mischief in order to “sell newspapers”.

When Mr. Knowlton appeared at the grand jury – thinking he was doing his civic duty – he says he was subjected to two and a half hours of character assassination by Mr. Kavanaugh. There was little attempt to find out what he knew about the Foster death scene.

Knowlton blames Brett Kavanaugh personally for what happened to him during this process.

According to Pritchard, Kavanaugh went on to write the Starr report himself, rejecting the observations of not just Knowlton, but also the concerns of his colleague, federal prosecutor Miquel Rodriguez, who was forced out of the investigation because of his concerns about the cover-up.

Even though there were other major problems with the official narrative surrounding Foster’s supposed suicide, no bigwigs in the beltway would touch it with a ten foot pole. Now, twenty-three years later, most “respectable” politicos still run for cover when even a whisper of any type of Foster cover-up conspiracy is heard. No surprise then that even our few congressional allies are staying mum to Kavanaugh’s fixer past.

But this past is relevant, far more so than what we heard in last week’s hearings. As is the fact that globalist George Bush personally went to bat repeatedly for Kavanaugh over the past several weeks. If confirmed, Kavanaugh will just be another stooge on the bench, tossing patriots a bone here and there, but ultimately moving the high Court closer to the globalist oligarchs, and further away from our Founders’ intent.