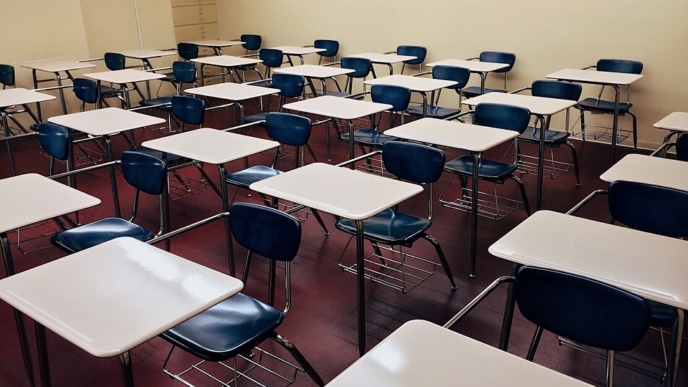 By Newsweek. A high school teacher in Virginia has been fired after refusing to refer to one of his students using [her] preferred pronoun.

Peter Vlaming, a French teacher at West Point High School, was fired after the School Board voted 5-0 in favor of terminating his role.

The decision was made after Vlaming disobeyed orders to refer to a ninth-grade student as a male following [her] gender transition. The case is believed to be the first of its kind in the state, reports the Richmond Times-Dispatch.

Vlaming, who has worked at the school for seven years, told the school his Christian faith prevented him from using the preferred pronoun of the student he still saw as female. (Read more from “Teacher Fired for Using Wrong Pronoun for Transgender; 100 Students Protest Firing” HERE)

By The Virginia Gazette. About 100 middle and high school students in West Point held a walkout in support of a teacher who was fired for refusing to use a transgender student’s preferred pronoun.

The walkout began at 12:15 p.m. outside of the high school, and students trickled out of the school to protest the firing.

Students held signs reading “Justice for Vlaming” and “Save Vlaming,” as well as made shirts with French flags and signatures from classmates on them.

The students joined hands, formed a resistance chain around the high school’s front lawn and chanted “Justice for Vlaming” and other supportive chants during the walkout. (Read more from “West Point Students Walk out of Class to Support Fired Teacher” HERE)