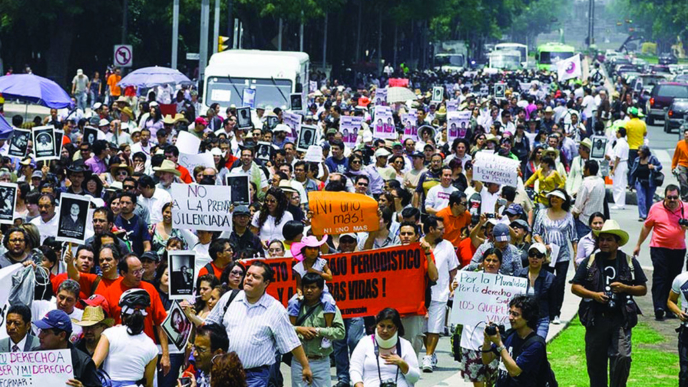 By The Blaze. Two men loosely associated with a brutal Mexican cartel, one of whom is an illegal immigrant, are responsible for beheading a 13-year-old girl with special needs and murdering her grandmother, Alabama law enforcement allege. . .

Authorities say Yoni Aguilar and Israel Gonzalez Palomino murdered Oralia Mendoza and her granddaughter, Mariah Lopez, because they didn’t trust Mendoza after she exhibited suspicious activity during a recent drug running trip to a small town in northeast Atlanta.

Authorities say the group ran drugs for the Sinaloa Cartel, the largest organized crime syndicate in the world. Police say it was Mendoza who had deep connections to the cartel.

According to AL.com, authorities believe something went wrong during their trip, spurring Palomino to believe he was being setup. Upon returning to Huntsville, Palomino discovered Mendoza had removed the SIM card from her cellphone. He also discovered text messages to an unknown woman during the drug run. Police say Mendoza texted a woman asking her to secure Lopez, who was staying with Palomino’s wife, because she feared for their lives, WAAY-TV reported. . .

Instead, the two men took their captives to a cemetery. Police say there was an altercation between Palomino and Mendoza. After it escalated, police say Palomino pulled a knife and stabbed Mendoza, leaving her to die in the cemetery. (Read more from “Men Linked to Mexican Drug Cartel Behead 13-Year-Old Special Needs Girl, Murder Grandmother” HERE)

By Waay 31 ABC. Two men murdered a Huntsville woman and her granddaughter because one of them didn’t trust the grandmother after a drug-smuggling trip from Georgia to Alabama, authorities testified in court Thursday.

In a preliminary hearing for Yoni Aguilar, 26, investigators said they believe he and Israel Gonzalez Palomino, 34, had been moving drugs along with Oralia Mendoza, and another woman.

nvestigators testified that Aguilar told them he and Palomino got Lopez out of the car on Lemley Drive, and Palomino showed him how to decapitate Lopez. They killed her and left her body there and then went to clean the car, authorities said.

Investigators said they found two knives they believe were used in the murders. One was under Palomino’s mattress, they said; the other was under Aguilar’s. (Read more from “Investigators Say Huntsville Woman and Granddaughter Were Killed After Drug Run” HERE)

Ocasio-Cortez Claims GOP Thinks Her Dancing Was ‘Scandalous,’ Gets...