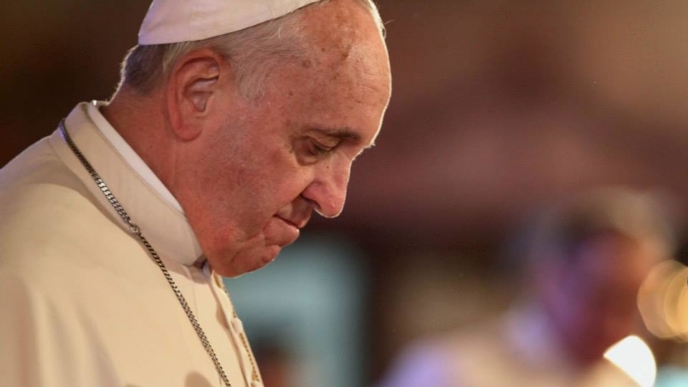 By Townhall. It’s not just the sexual abuse of children, mostly boys, by Catholic priests that have rocked the church—earlier this week Pope Francis confirmed that the mistreatment of women has been a problem in some congregations around the world as well.

In a shocking revelation, the pope said nuns have and continue to be sexually abused by Catholic bishops and priests, going so far as to say some have been sexual slaves.

The scope of the abuse of nuns by clergy members first came to light with the publication at the beginning of February of the monthly Vatican magazine “Women Church World.” The edition included Francis’ own take on the scandal — long known about by the Vatican but virtually never discussed — in which he blamed the unchecked power wielded by priests and higher clergy across the Catholic Church for such crimes.

An Associated Press journalist who first reported on the scandal last year asked Pope Francis on his flight home from the Arabian Peninsula on Tuesday whether enough was being done by the Church hierarchy to address the problem.

The pontiff conceded that it was a problem and said more action was needed. He insisted the will to confront the abuse is there, and stressed that the problem is not new, and that the Church has been working to address it for some time. (CBS News)

Explosive: Expose by French Researcher Claims 4 out of 5 Priests are Homosexual

By Connor Boyd. Eighty per cent of Vatican priests are gay and living in the closet, according to an explosive new book to be published next week.

The 570-page expose, titled In the Closet of the Vatican, claims that four in five clerics in the Roman Catholic Church are homosexuals – but aren’t necessarily sexually active.

Martel, a former adviser to the French government who is openly gay, claims he spoke with 41 cardinals, 52 bishops and monsignors, 45 papal ambassadors or diplomatic officials, 11 Swiss guards and more than 200 priests and seminarians as research for the book. . .

Although the book doesn’t conflate homosexuality with the child sex abuse in the church, Martel claims gay priests do not want to report abuse on children in case their on homosexuality is exposed – according to sources familiar with the book’s contents. (Read more from this story HERE)

Preventing a Shutdown: Congress Comes to an Agreement on Border Security