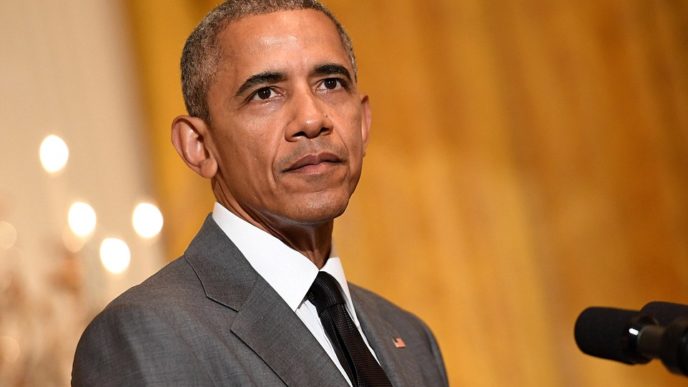 On Wednesday, former Vice President Joe Biden attempted to address the growing scandal over claims of his past “innappropriate touching” of women by issuing a video explaining that he has always been about making a “human connection” but assuring his supporters that he now “get[s] it”: “social norms” have “shifted” and he will change how he interacts with women accordingly. The next day, The Washington Post published three more accounts from three more women detailing times they say Biden crossed the line — bringing the total number of accusations to seven.

With high-profile Democrats taking positions on the growing scandal, one key voice has been glaringly absent: the man Biden can thank for being vice president for eight years. So where is Obama in the Biden debate?

According to The Hill’s sources, we shouldn’t expect to be hearing publicly from Obama anytime soon, but we should assume he is still “standing behind” his former VP amid the growing list of accusers.

“President Obama thinks the world of him and thinks he’d be an excellent president,” a source The Hill describes as someone “close to Obama” told the outlet. The “infinite amount of time” Obama has already spent praising Biden’s character should be enough for people to know where he stands, the source suggested.

But if he’s so confident in Biden’s character, why won’t Obama simply say so publicly, rather than through surrogates? The Hill’s sources say this is just how Obama plans to operate for the Democratic primary, and Biden should undersand that well enough. “President Obama is not going to be weighing in on the primary and the day-to-day stories around it. And Joe Biden would be the first to tell you that he’ll have to earn the nomination on his own,” the source told The Hill. (Read more from “Obama’s Team Explains Why He Isn’t Weighing in on Biden Allegations” HERE)

We Can Keep the Ports Open to Commerce, Secure Our Borders, and Eat Our Avocados...
Scroll to top