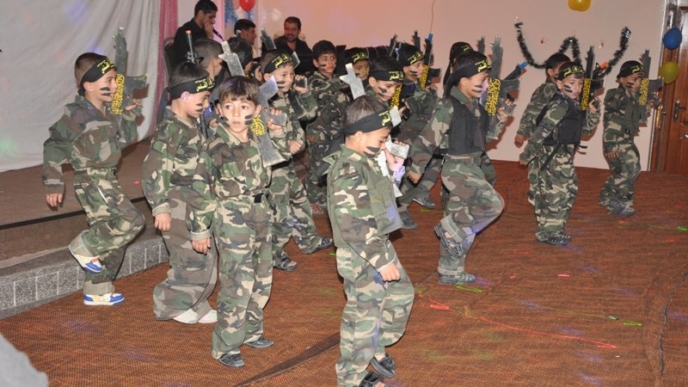 In my first article commemorating the eighteenth anniversary of 9/11, I discussed how, rather than dialing back immigration from the Middle East, we stepped on the gas pedal, bringing in millions more without any guarantee we can vet them. But there is the other half of the equation: The radicalism already on our shores and not aggressively investigated and prosecuted by the government.

There was a long-standing Muslim Brotherhood network already in this country in 2001 that was instrumental in inspiring and working with those behind the first World Trade Center bombing in 1993 as well as other terror attacks. Rather than going after that network with a vengeance after 9/11, our government still treated them as legitimate Muslim community outreach leaders. That problem is still huge today.

In 2009, the Holy Land Foundation terror-funding trial gave Americans a jolting dose of reality when it came out that so many of the leading charity and community organizations within the American Muslim community had significant ties to terror groups like Hamas. Federal Judge Jorge Solis implicated in the Holy Land Foundation terror trial the Council on American Islamic Relations (CAIR), the Islamic Society of North America (ISNA), and the North American Islamic Trust. His 2009 order denied efforts by CAIR and other Muslim Brotherhood affiliates to have their names expunged from the trial record. Solis noted that “the Government has produced ample evidence to establish the associations of CAIR, ISNA and NAIT with HLF, the Islamic Association for Palestine (‘IAP’), and with Hamas.”

The judge cited a 1991 memorandum from a Muslim Brotherhood official explaining the organization’s goals in America as follows:

“Understanding the role of the Muslim Brotherhood in North America” is “a kind of grand Jihad in eliminating and destroying the Western civilization from within and sabotaging its miserable house by their hands and the hands of the believers so that it is eliminated and God’s religion is made victorious over all other religions.”

Rather than following up on this case at every level and actually prosecuting these groups while banishing the Muslim Brotherhood umbrella organizations from polite society, as with KKK, the government indulged their leaders as legitimate partners with the Muslim community. With so many new people coming from the Middle East every year, how do they even have a chance to assimilate into Americanism if these are the ones leading the community and are legitimized by government?

In 2010, counterterrorism expert Patrick Poole, who now writes for PJ Media, wrote a white paper on 10 jihadists living in America who were involved with terrorism and had ties to either the 9/11 group or terror cells that committed prior acts who were indulged by our government, in some cases even after 9/11. Perhaps the best-known example is Anwar al-Awlaki.

Two weeks after 9/11, according to FBI documents released in 2013, our government knew that al-Awlaki bought airline tickets for Mohammed Atta and two of the other hijackers. The flights were in the summer of 2001 and are thought to have been dry runs for the terror attacks. Yet, as Fox News reported in 2010, al-Awlaki was hosted by the military at the Pentagon several months after his disciples flew planes into it for the purpose of “outreach to the Muslim community”! Documents secured by Judicial Watch further confirmed that al-Awlaki was in the crosshairs of law enforcement several other times between 2002 and 2007 but was mysteriously released each time. He is suspected of directing the underwear bomber on Christmas 2009 and was in contact with Nidal Hassan, who murdered 13 people at Fort Hood a month before that. He was eventually killed in a drone strike in Yemen two years later.

Poole details nine other prominent Islamists in America who were treated as partners by our government and military, even though they were hooked up with the very cells responsible for the worst terrorist attacks. One such figure was Ali Mohamed, al Qaeda’s security chief, who was allowed to infiltrate our special forces, training soldiers in Arabic culture at Fort Bragg after being expelled from Egypt in the 1980s. While he was working with one of the most important parts of our military, according to Poole, “he was schooling U.S.-based Islamic militants in weapons, explosives and martial arts, including the cell responsible for the 1993 World Trade Center bombing.” He also helped transport bin Laden from Afghanistan to Sudan, trained the Somali forces who attacked our soldiers in “Black Hawk Down,” helped arrange the cell responsible for the 1998 U.S. embassy bombings in Kenya and Tanzania, and arranged a U.S. fundraising tour for Ayman al-Zawahiri, the man who took over al Qaeda’s leadership after the death of bin Laden.

Another example cited by Poole is Sheikh Kifah Mustapha. He was personally named an unindicted coconspirator and fundraiser for Hamas in the Holy Land Foundation case. A year later, he was given a tour of O’Hare airport as a member of the FBI’s “Citizens Academy.”

How in the world did a man who should have been indicted on terror charges but is free to engage in treason to this day obtain a security clearance?

Earlier in 2010, Mustapha’s behavior was repugnant enough that the Illinois state police fired him as a chaplain. When Mustapha filed a lawsuit, with the help of the Muslim Brotherhood-affiliated CAIR, even the Democrat attorney general was appalled by him. Attorney General Lisa Madigan filed a motion in federal court in 2013 noting that Mustapha “aided and abetted, or at least cheered for, terrorism” after he was caught on a video chanting “terrorist lyrics.”

In October 2010, Eli Lake reported in the Washington Times that then-director of the FBI Robert Mueller was asked about the inclusion of the Hamas cleric in the FBI’s training program, and he refused to answer the question, even as he admitted there are widespread terror links in the sphere of outreach groups the Bureau patronizes.

Indeed, the war on terror is primarily not overseas. It is on our own shores. We need not solve the vexing problems of tribal warfare in Afghanistan to secure our homeland. We need to simply open our eyes and not commit suicide. There’s a reason why our enemies rely on us “sabotaging its miserable house by their hands.” They rely on our own self-destruction for their success. (For more from the author of “The Primary Threat Now Is Civilization Jihad, and It’s on Our Own Shores” please click HERE)

Another State to Legalize Assisted Suicide
Scroll to top