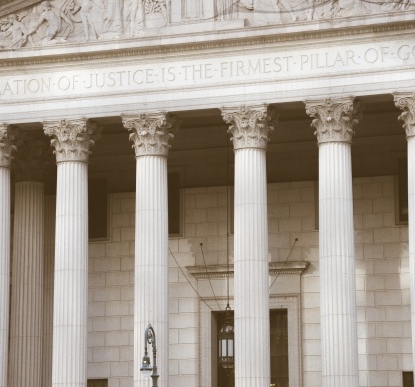 The reason why judges don’t stand for election is because they are supposed to look narrowly at the law, regardless of their political positions or political pressure from elites in media and culture. Yet Chief Justice John Roberts appears to be crafting vital legal opinions based on nothing more than a scorecard of how often each political side wins on a legal question. The latest revelation that Roberts might have changed his mind on the census case, just as he did on Obamacare, should give conservatives pause about putting their faith in a “conservative Supreme Court” rather than delegitimizing the concept of judicial supremacy in the first place.

Joan Biskupic, a CNN legal analyst and Supreme Court biographer, wrote an “exclusive” exposé on Thursday suggesting that initially, “Roberts was ready to rule for [Secretary of Commerce] Ross and the administration. But sometime in the weeks that followed, sources said, Roberts began to waver.”

The reason this report sounds credible is because, as I noted at the time of the ruling, if you read Roberts’ plurality opinion, the legal reasoning sounds like the opposite of his final order, the same phenomenon that gave away his flip in the Obamacare case. Roberts noted that the citizenship question is the essence of the census, has been with us for most of our history, and that nothing in the Constitution, census statute, or even the rule-making process under the APA precluded the president from doing this. But he then concluded that the case should go back to the lower court because he didn’t like the reason the secretary of commerce gave for why the administration chose to reinstate the citizenship question.

The problem with this rationale is that if there is no violation of statute or the Constitution, then how is there a valid case or controversy against the administration, regardless of the reason they give for a policy, especially something as obvious as asking about citizenship on a census? Whether you are a liberal or a conservative, his decision made no sense.

I have noticed in following many other Roberts decisions that he has an iron political motivation to avoid making the Supreme Court look too “conservative” at all costs. Thus, he finds ways to either allow liberal rulings to stand by not taking up appeals or uses tortured logic to join with the liberals on some other cases, but in a convoluted way that he thinks won’t offend his personal jurisprudence. He so badly doesn’t want to be political that he is more political than anyone else.

In the run-up to this past term’s grand finale in June, many court watchers and commentators that I follow were speculating about a “conservative sweep” in the critical cases. But Roberts found ways to side with the leftists. He did so on a number of criminal “rights” cases, executions, a global warming case, and an administrative state case, in addition to flipping on the census.

There is a simple reason why conservatives should win every case at the Supreme Court: The law compels it. Most (but not all) political cases initially brought to court are from the Left. This is because, in general, leftists control the legal profession and more aggressively litigate political issues, but it’s also particularly true today because Trump is president and they will naturally shoot at anything he does in court. Thus, by definition, the cases the Supreme Court gets are appeals from lower court judges who created insane new constitutional rights or adopted novel rules of standing. Sorry to break it to you, Roberts, but you have an obligation to aggressively swat them down categorically.

Most of the court’s cases are not 50-50 equal constitutional questions. They are legally 100-0 no-brainers but nonetheless are viewed, at least by the elites, as political 50-50 issues or as leftist winners. Any judge, regardless of his politics, is obligated to side with the law, even if that means siding against the political outcome of the more popular political movement in Washington 10 out of 10 times.

Take Obama’s DACA amnesty, for example. Among the D.C. elites, 90 percent of Republicans support it. Heck, even Trump supports it. Nonetheless, anyone with any legal honesty would know that this doesn’t even register as a legal case. There is no way, however much you want the result, to say that Obama can take people whom law requires be deported and give them legal documents, much less mandate that Trump must continue this usurpation. You could be a rabid open-borders advocate from a political standpoint, but you’d have to concede that there is no legal justification, much less legal mandate, for Obama’s amnesty.

But it appears that for Roberts, it would be perceived as an act of right-wing court bias to rule correctly. Thus, either he will employ another tortured legal trick to avoid categorically throwing out the lawsuit, or he will “compensate” for a proper ruling on amnesty by agreeing with the Left in another absurd case. And there are plenty of totally absurd cases to choose from: a ruling creating a right for 7.8 billion people to immigrate, a ruling creating a right for Planned Parenthood to be subsidized, another case where they say transgenderism is in the Civil Rights Act, and yet another case where the Ninth Circuit says the Eight Amendment creates a right for prisoners to undergo taxpayer-funded castration.

No sane person can say the law or Constitution mandates those policies. As such, any honest justice not only must reverse those opinions, but is obligated to do so as early and as categorically as possible. The simple reality is that most cases coming before the court that are very political have a “legal” foundation built upon insanely novel “constitutional” ideas.

Imagine for a moment if the shoe were on the other foot. Let’s say conservatives got their favorite judges to indulge the following propositions: abstinence organizations are entitled to free taxpayer funding, government can mandate that all citizens without a criminal record must own a gun, and government must pay for at least one firearm for people who can’t afford them. Even with gun rights emphatically listed in the Constitution, while the right to immigrate is not, Americans suing for government-funded guns is absurd. And illegal aliens crashing our border and then suing because they don’t like the free medical care they get is even zanier. But the Supreme Court would immediately “side with the Left” in these hypotheticals, and likely call for the removal of those lower court judges mandating taxpayer-funded firearms.

But the Left has successfully made its most insane ideas mainstream and at least a 50-50 toss-up legal questions in the courts. This is why Roberts feels the pressure to make up reasons to rule with the Left and often quietly allows absurd lower court rulings to stand in the “shadow docket,” as he sometimes agrees to overturn others.

Which brings us back to the census case. Nobody had any inkling that Roberts could buy into the absurd notion that the census can’t ask a citizenship question. But he is not governed by law or rationality; it seems he is governed by his perception of the equilibrium of politics in Washington.

This is why conservatives are foolish to agree to judicial supremacism and then put their faith in somehow winning the supremacism game. Instead, it’s time to educate the public in the fact that the courts don’t have the final say over political matters. Courts are every bit as political as the political branches. So let’s keep the politics where it actually belongs, where it is more transparent, and where the public can address their problems through elections. (For more from the author of “Why Conservatives Must Fight Judicial Supremacism — and Not Hang Their Hopes on John Roberts” please click HERE)