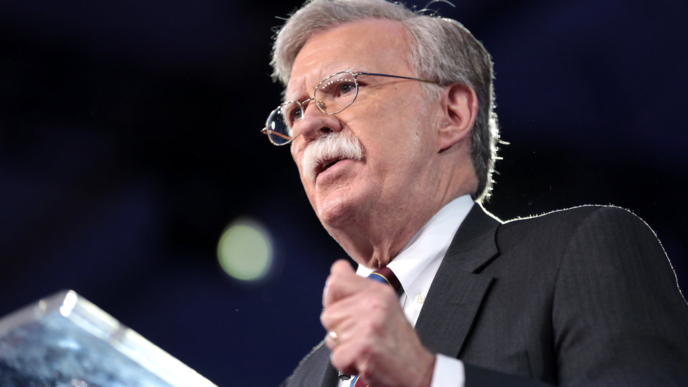 By Daily Caller. President Donald Trump said in a new interview on Fox News’ “The Ingraham Angle” that he would use executive privilege to prevent former White House aide John Bolton from testifying in an impeachment trial.

“No problem other than one thing,” Trump said. “You can’t be in the White House as president, future, I’m talking about future…any future presidents- and have a security advisor, anybody having to do with security, and legal and other things but especially…”

“Are you going to invoke executive privilege?” Ingraham said.

“Well I think you have to for the sake of the office,” the president responded. (Read more from “Trump Says He Will Use Executive Privilege to Prevent John Bolton Testimony” HERE)

By The Hill. Former national security adviser John Bolton, who has spoken out against limitations on the president’s war powers in the past, on Thursday claimed the 1973 War Powers Resolution was “unconstitutional” ahead of a planned vote in the House on a resolution to limit President Trump’s ability to take further action on Iran without congressional approval.

“The 1973 War Powers Resolution is unconstitutional,” Bolton tweeted. “It reflects a fundamental misunderstanding of how the Constitution allocated foreign affairs authority between the President and Congress. The Resolution should be repealed.”

The 1973 War Powers Resolution is unconstitutional. It reflects a fundamental misunderstanding of how the Constitution allocated foreign affairs authority between the President and Congress. The Resolution should be repealed.

The former White House adviser has expressed anti-War Powers Resolution views since at least 2007, when he wrote in his memoir that the act was an example of Congress “overreacting” during the Watergate era in an effort to limit the executive branch, Politico Magazine reported. (Read more from “Bolton Says War Powers Resolution Should Be Repealed” HERE)

WATCH: Police Threaten to Arrest Reporter After He Referred to Soleimani as...

Facebook Bans Pastor After He Criticized Iran
Scroll to top