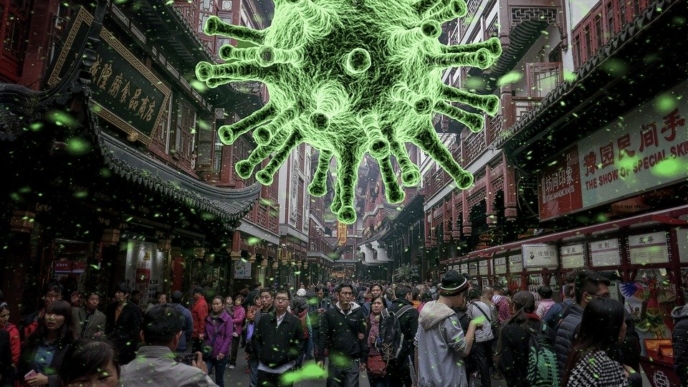 By Fox News. A medical team equipped with hazmat suits celebrated the healthy birth of a baby girl whose mother was diagnosed with the coronavirus late last week. The woman, who was not named in the AsiaWire report, went into labor on Jan. 30 shortly after being diagnosed with the virus, which has sickened over 20,000 and been linked to at least 425 deaths.

The woman had been in contact with relatives who were reportedly diagnosed with coronavirus after returning from Wuhan, which is considered the virus epicenter. She was taken to Harbin Sixth People’s Hospital in Heilongjiang, and doctors decided to deliver the baby via caesarian section.

“The patient was anxious as we brought her to the operating theater,” said Dr. Yu Dan, an obstetrician from Harbin Red Cross Central Hospital, according to AsiaWire. “She had only just been told of her confirmed diagnosis, so she was concerned for her child. In addition to that, she was accompanied by no family members, as all had been placed in quarantine as either confirmed or suspected cases.”

The baby was born healthy and placed in isolation, and both she and the mother are in stable condition, according to AsiaWire. The infant has twice tested negative for the virus but will remain under observation for 14 days. (Read more from “Coronavirus Patient Gives Birth to Healthy Baby” HERE)

By CNBC. Princess Cruises said it has placed 3,700 passengers and crew under mandatory quarantine for two weeks after ten passengers aboard a cruise ship in Yokohama, Japan tested positive for the new coronavirus.

The company said Monday that a previous guest, who didn’t have any symptoms while aboard the ship, tested positive for the coronavirus on Saturday — six days after leaving the ship. The ship was being held in Japan for 24 hours while Japanese health authorities assessed the 3,700 passengers and crew on board.

“These 10 persons, who have been notified, will be taken ashore by Japanese Coast Guard watercraft and transported to local hospitals for care by shoreside Japanese medical professionals,” the company said.

The ship will be quarantined for at least 14 days, the company said, as is required by the Japanese Ministry of Health.

“The first phase of health screening of all guests and crew onboard Diamond Princess, by the Japanese Ministry of Health, has been completed,” the company said in a statement. “We were notified that amongst the samples that have completed testing, 10 people have tested positive for coronavirus.” (Read more from “Princess Cruises Quarantines 3,700 for Two Weeks on Ship After 10 Passengers Test Positive for New Coronavirus” HERE)