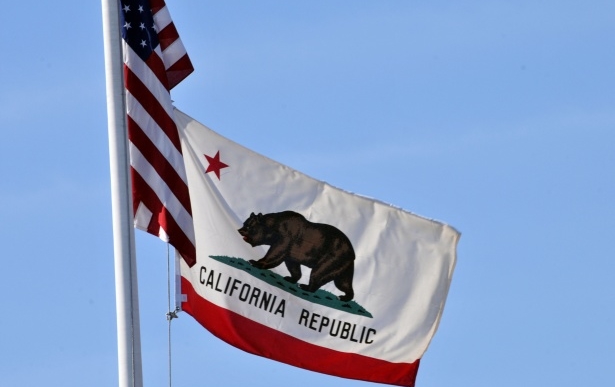 In one breath, liberals say we need to decriminalize drugs and open up the prisons. In the next breath, they shed crocodile tears over the drug crisis and homelessness. The same people who demand that Congress and state governments spend even more money to “combat” the twin drug and homelessness crises never seem to connect the dots back to their decriminalization policies or admit that they are causing a rise in crime. One journalist in California is not scared to pin the tail on the donkey – in the case of the Golden State, the infamous Prop 47.

Right around 2014-2015 is when the drug crisis exploded nationwide, including in California, roughly around the same time homelessness soared, particularly in the Golden State, along with the rise in theft and other crimes. What else happened around the same time? California passed Prop 47, which downgraded drug and theft crimes. The result was a logical consequence to an illogical policy.

Bill Lamb, VP and general manager of Fox 11 in Los Angeles, delivered a TV commentary last week pinning the blame for the homeless and drug problems squarely on Prop 47. “We’re all asking ourselves, ‘Why has homelessness and drug addiction exploded recently? What has changed?’” said Lamb in the commentary that drew criticism from local politicians. “Well, Prop 47 was sold to voters under the shamefully misleading name ‘Safe Schools and Neighborhoods Act’ in late 2014. While it did make good on its pledge to reduce prison and jail populations by thousands of inmates, it left thousands of people on the streets who were not arrested for felony drug use.”

Quoting Bill Bodner, the special agent in charge of the DEA in Los Angeles, he said, “‘There’s no hammer now. Now they get a ticket, they tear it up, they walk away, and they’re using drugs the same day, again, so it has not worked.’”

This comes on the heels of Fox 11’s report that was circulated widely around the country last week that L.A. has a major meth problem fueled by the CJNG cartel.

The results have been devastating. FOX 11 filmed video on one afternoon across the street from LAPD’s Central Division in downtown Los Angeles, showing multiple addicts shooting up or smoking meth in public. In one video, a man approached another man who was smoking meth, asked him for some, took a hit, and then kept going on his way. A hooded drug dealer also approached the FOX 11 crew, offering to sell crystal meth.

The L.A. paradigm demonstrates once again that this is not an opioid crisis. This is an illicit drug crisis, and in many parts of the country, such as California, the non-opioid meth is a bigger problem than heroin. Meth is a psychostimulant, the opposite of a depressant, which again shows that this is not being fueled by pain medication but by illicit drug trafficking servicing a declining culture and criminal underworld. Meth, which is the last thing on the mind of a stable chronic pain patient, caused more deaths in 19 western states in recent years than heroin. Cocaine, another psychostimulant, is also a fast-growing problem.

The two culprits are the decriminalization of drug trafficking and the sanctuary cities that harbor criminal alien networks and gangs distributing the drugs for Mexican cartels such as CJNG. It’s not surprising that the political elites would rather focus on the rabbit hole of health care and pain management than on illicit drugs, because it would implicate the two biggest culprits that are sacred to the left-wing agenda – open borders and “criminal justice reform.”

As DEA special agent in charge Bill Bodner told Fox 11, “LA’s street gangs then act as intermediaries with the cartel, breaking up the meth and putting it out to street dealers. Those street dealers then prey upon the addicts in Los Angeles.”

As I’ve reported extensively over the past few years, many of these gangs are being fueled and refilled by the endless flow of illegal aliens, particularly unaccompanied alien children being resettled as UAC refugees. This is why, not coincidentally, the drug crisis took off right around 2014, when the UAC crisis from Central America commenced. That California is not only harboring illegal alien gangs but also becoming weaker on domestic law enforcement, particularly drug trafficking, is a recipe for disaster that now includes homelessness.

According to HUD, homelessness increased by 16.4 percent last year in California, accounting for the entire national increase. The total homeless population is now estimated at 151,000. In 2013, California passed the “Trust Act,” which barred local law enforcement from cooperating with ICE, and in 2014, it enacted Prop 47 to downgrade drug crimes. The homeless population in California has more than doubled since then, even though it had been declining steadily for a number of years before that.

Last September, when California Governor Gavin Newsom requested more federal funds to deal with homelessness, Secretary of Housing and Urban Development Ben Carson sent a letter telling him to essentially stop causing the problem in the first place. “Your letter seeks more Federal dollars for California from hardworking American taxpayers but fails to admit that your State and local policies have played a major role in creating the current crisis,” wrote Carson.

Even Los Angeles Mayor Eric Garcetti agrees that Prop 47 is a joke. He said the following in an interview with Fox 11:

If somebody gets arrested, they’re not going to serve any time in jail. If they do serve time in jail, they’re not going to be prosecuted. If they do get prosecuted they’re not going to be sentenced, and if they are sentenced they’re out right away. It’s a broken system. I’ve been unafraid to say that. I know sometimes because I’m a Democrat people think that’s the wrong talking point. I was somebody who didn’t endorse Prop 47, because I had worries it was the cart before the horse. I think we all can agree, somebody shouldn’t be on our dime away for two decades. But if there’s no consequence at all, and if people can’t be diverted into treatment, you see the results on the streets of LA.

The border, sanctuaries, jailbreak “reform” policies, gangs, crime, drugs, and homelessness are all tied together, creating one living nightmare for our communities. Sadly, it’s a man-made problem. (Read more from “Decriminalization of Drugs Fueling Meth and Homelessness in California” HERE)

Man Charged With Attempted Assassination of Police Officers Was out on Parole...