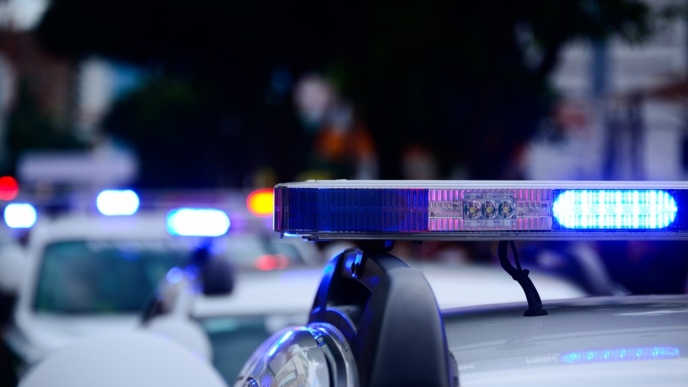 People like Robert Williams, 45, need to be locked up for life. He is among those of whom Reagan observed that liberals wrongly posit “a belief that there was nothing permanent or absolute about man’s nature” and that by changing his environment “we could permanently change man and usher in a great new age.” Yet he was allowed to remain on the streets despite violating his parole. Now he is charged with attempting to assassinate a group of NYPD officers over the weekend and is still making threats from his hospital bed.

If not for the grace of God, there would likely be numerous dead NYPD officers as a result of two shootings over the weekend in the Bronx, where Williams allegedly targeted cops for assassination in separate incidents. In the first incident, he is accused of walking up to a police van on Saturday night and firing two shots at the two police officers in the van before fleeing the scene. Officer Paul Straffolino was hit in the neck and chin, but according to Police Chief Dermot Shea, the bullet narrowly missed his carotid artery, so he’s expected to make a full recovery.

While police were searching for Williams on Sunday morning, he allegedly walked into a police station on Longwood Ave. in the Bronx and opened fire. One bullet struck Officer Jose Gautreaux in the arm. After Williams ran out of bullets, he threw himself on the floor in surrender, according to police, and officers subdued him. The incident was caught on three surveillance cameras.

Williams was taken to Lincoln Hospital for his injuries on Sunday. According to prosecutors at Monday’s arraignment, he even threatened to target more cops while he was lying injured in the hospital bed. He’s charged with 13 accounts of attempted murder from both incidents over the weekend.

Evidently, Williams’ beef with New York cops stems from an incident in 2018 in which they had to taze him while he was resisting arrest. Which brings us to the key point – Williams had a history of committing the most violent crimes, but was out on the streets violating his parole. This is essentially the story of our criminal justice system, which is regarded as too punitive by liberals.

In 1992, Williams was arrested for stabbing someone during a robbery in the Bronx and doesn’t appear to have served much time in prison. He was arrested again for possessing a machine gun in 1999, but was paroled once again. These liberal cities are banning law-abiding citizens from carrying simple 9mm handguns, yet they won’t imprison violent felons caught with machine guns!

Fast-forward to 2002, when he was convicted for attempted murder after he shot someone multiple times during a carjacking. He crashed the car and got into a shootout with NY police. He was paroled after 14 years, but was again back to his criminal ways. In November 2018, he was arrested for DUI when he was caught driving while high on PCP. He resisted arrest and had to be tazed by officers. He was released back on the streets in January 2019, despite the egregious parole violation.

It’s only due to God’s providence that cops didn’t die over the weekend as a result of those decisions. However, with the growing animosity towards cops and criminal justice fostered by New York Democrats, some police officers feel like they are under siege by their own government. In a tweet following the attacks on Sunday, the Sergeants Benevolent Association, which represents 13,000 current and retired NYPD sergeants, placed the blame squarely on Mayor Bill de Blasio and promised to go to war with him politically.

This comes at a time when DeBlasio has dramatically curtailed stop and frisk and has targeted the Rikers Island jail facility for elimination, thereby further endangering cops on the streets with the release of thousands of violent criminals. This, along with the so-called bail reform, has led to a rise in crime and attacks on cops.

“Good luck and kind words are not enough to keep police officers or the public safe,” said Police Benevolent Association President Patrick J. Lynch in a statement. “Our elected officials need to start listening to us and working with us — not against us — to fix the deteriorating environment on our streets.” (For more from the author of “Man Charged With Attempted Assassination of Police Officers Was out on Parole Despite Rap Sheet” please click HERE)