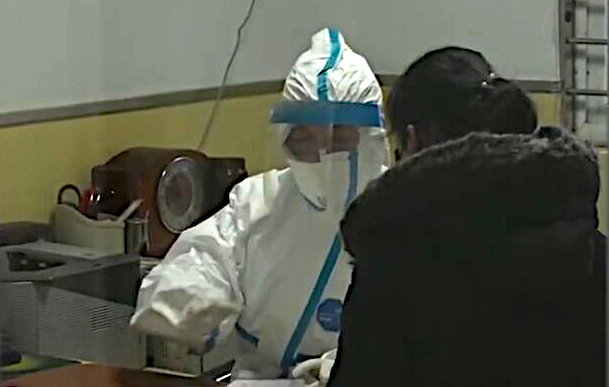 By New York Post. A Detroit hospital is so overwhelmed with dead coronavirus patients that it is stashing the bodies on top of each other in a closet — and even sitting one upright in a chair in a hotel-like room usually reserved for sleep studies, jarring photos show.

“All I know is we ran out of beds to keep our patients on, so we couldn’t spare any for the bodies,” an emergency-room worker at Sinai-Grace Hospital – Detroit Medical Center told CNN, which obtained the snapshots, according to network reporter Marshall Cohen on Twitter on Monday.

One photograph showed white body bags stacked on the floor and what look like large, open, metal and wood-planked bookshelves in a long closet, along with several blue string sacks tossed on them.

THREAD: This is the true human cost of #COVID that you don't see on TV very often. CNN obtained photos from ER staff at a Detroit hospital, showing bodies pilled up in vacant spaces because the morgue was full. Nearly 1,500 people have died in Michigan, and 23,000 nationwide. pic.twitter.com/zqzkv1sZAB

By Al Jazeera. The death toll from the new coronavirus in New York state – the US epicentre of the deadly pandemic – has passed 10,000, Governor Andrew Cuomo said.

Cuomo said 671 people had died in the past 24 hours, bringing the total number of fatalities in the state to 10,056.

He also said that he believed “the worst is over” as hospitalizations appeared to be reaching a plateau. (Read more from “New York State Death Toll Surpasses 10,000” HERE)