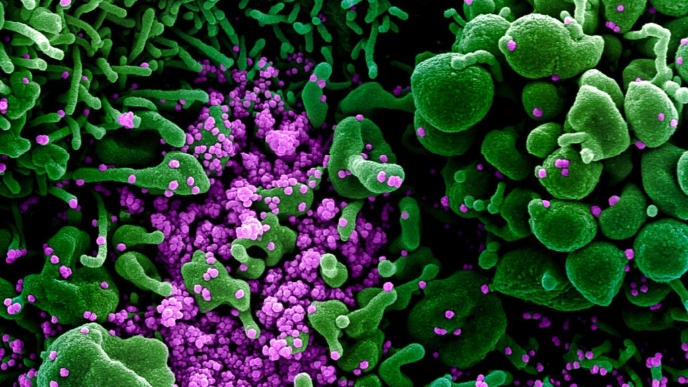 A Fairbanksan who is recovering from the novel coronavirus is speaking out about her experience. Miriam Braun was one in the first handful of cases in Fairbanks, and is now on the mend. Those who get the virus can have a range of symptoms and experiences and Braun talked about what it was like for her.

She says on March 13, she started to have a bad headache and neck ache that felt like the flu. “I have some other health conditions so I wasn’t sure if I was having a flare or if it was just a bad head and neck ache, and it just kept getting worse. Then about three days later I developed a fever and the fever was relentless, I mean it lasted for a long time,” said Braun. She said the fever lasted from March 16 to March 27.

Braun says she went to urgent care and they were able to give her fluids, which helped since she was having difficulty drinking and eating. She says they tested her for the flu, but that came back negative and about a week after she started having symptoms, someone from the state’s health department called telling her she had been exposed to COVID-19 when she had gone to a previous doctor’s appointment. After five days, the test came back positive. (Read more from “Recovering Fairbanks COVID-19 Patient Speaks out as a Cautionary Tale” HERE)

Jobs Melting Away Fast as Coronavirus Wreaks Havoc on Economy