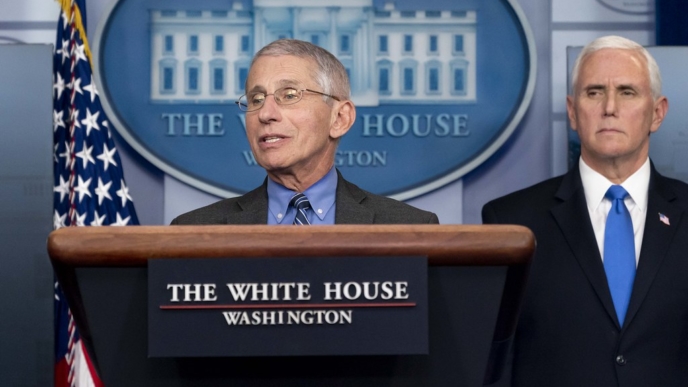 By PJ Media. . .The doctor in Rand Paul took over for the questioning. He began by challenging Dr. Fauci on the media narrative that there is no evidence that patients who survive coronavirus have immunity.

. . .Paul then stated that his view is that the truth is the exact opposite of the media narrative. There is very good evidence that recovered patients will have some durable immunity. And recovered workers, in industries like meatpacking, should be reassured there is a strong likelihood they will not get reinfected. He then referenced that Dr. Fauci had said publicly that he would bet it all that survivors of COVID-19 have some form of immunity and asked him to set the record straight.

Dr. Fauci responded that it is indeed likely. Then he added the standard disclaimers that we won’t know for sure and for how long for years. He did concede you could make a reasonable assumption that recovered patients have some immunity. Paul concluded saying maybe a better way to frame the issue of immunity was to say in all likelihood recovery indicates immunity for some period of time. The public needs to hear Paul’s presentation, but you can confidently bet on the fact that the media narrative won’t change. . .

He then took on the narrative that we must listen to the health experts head-on. Explicitly, he challenged the reliance on the opinion of one man, Dr. Fauci.

Really the history of this when we look back will be wrong prediction after wrong prediction after wrong prediction starting with Ferguson in England. I think we ought to have a little humility in the belief we know what’s best for the economy. As much as I respect you, Dr. Fauci, I don’t think you are the end-all. I don’t think you are the one person that gets to make a decision. We can listen to your advice, but there are people on the other side saying there is not going to be a surge and we can safely open the economy. The facts will bear this out. But if we keep kids out of school for another year, what’s going to happen is that the poor and underprivileged kids who don’t have a parent that can teach them at home are not going to learn for a year. I think we ought to look at the Swedish model. It’s a huge mistake if we don’t open schools in the fall.

Rand Paul Dings Fauci During Testimony, Tells Him ‘You Are Not the End All’

By Fox News. Sen. Rand Paul, R-Ky., clashed with Dr. Anthony Fauci on Tuesday during a Senate Health Committee hearing, telling the public health official he is not the “end all” when it comes to the coronavirus pandemic while pressing him for information about immunity for those who have beaten the disease and the possibility of schools reopening.

In one of the more tense moments of Tuesday’s hearing, Paul – the only U.S. senator to have had a confirmed case of COVID-19 – said the public health response to the pandemic has been riddled with “wrong prediction after wrong prediction” and that Fauci should not be the one making decisions on issues outside his purview. . .

Fauci, the director of the National Institute of Allergy and Infectious Diseases and one of the federal government’s most visible faces during the public health crisis, balked at Paul calling him the “end all” and said his recommendations do not extend beyond the realm of science and public health.

“I have never made myself out to be the end all,” Fauci said via videoconference from his office at the NIAID. “I’m a scientist, a physician and a public health official, I give advice, according to the best scientific evidence.” (Read more from “Rand Paul Dings Fauci During Testimony, Tells Him ‘You Are Not the End All'” HERE)