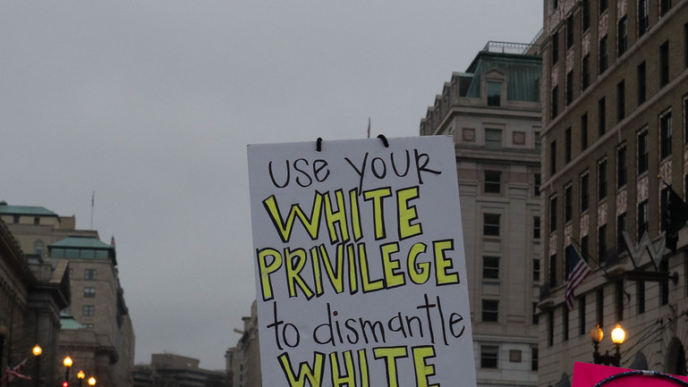 At a panel titled “Wrestling with the legacy of America’s Original Sin” that took place in late June as a part of the Heart Challenges Hate series, moderator, Associate Dean Michelle Loris divulged how white privilege is the cause behind most of the racism in America, both in the past and present.

“We have to address the exterior, the behaviors that are the result of that sinful state,” said Greenly. “But I think we need to ask people, in terms of how we understand sin, at least the Catholic tradition, to do a really tight inventory.” (Read more from “Catholic University Calls ‘White Privilege’ America’s ‘Original Sin'” HERE)

By Forbes. Sales of top books about race increased by up to 6,800% in the aftermath of George Floyd’s death, according to new data provided to Forbes by NPD BookScan[.] . . .

The top-selling title White Fragility: Why It’s So Hard For White People to Talk About Racism by Robin DiAngelo, who is white, moved 437,289 print copies from May to June, up 2264% from 18,492 in the two months prior.

“White Fragility is, in the end, a book about how to make certain educated white readers feel better about themselves,” wrote Columbia University linguistics professor John McWhorter in The Atlantic. “The sad truth is that anyone falling under the sway of this blinkered, self-satisfied, punitive stunt of a primer has been taught, by a well-intentioned but tragically misguided pastor, how to be racist in a whole new way.” (Read more from “Sales of ‘White Fragility’—and Other Anti-Racism Books—Jumped Over 2000% After Protests Began” HERE)