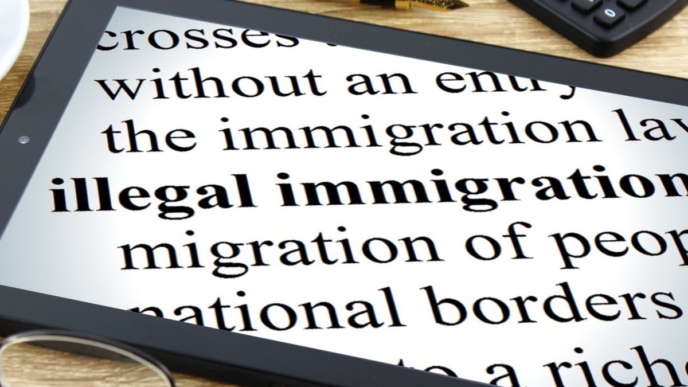 A vacationing British family got the shock of a lifetime when they found two young migrants hiding in a storage box atop their car, video shows.

The two-minute clip, posted Tuesday on Twitter, shows the moment a British family made the startling find as they stopped at a gas station in Normandy, France. . .

This SHOCKED family discovers TWO MIGRANTS has been hiding in their cars roof box whilst travelling!

A man then launched into a expletive-laced tirade as the migrant hopped off his car, knocking out what appeared to be a laptop computer, video shows. . .

The pair of migrants – identified as two 16-year-olds from Eritrea and Guinea, according to France’s The Local – then start to walk away as the family demands they empty their pockets while taking stock of their belongings, video shows.

“Where’s our stuff?” one young man asks before a woman in the family says that there’s “nothing there” in the storage box where they were just found. The young migrants then disappeared into nearby shrubs along the highway, video shows. (Read more from “WATCH: Family on Vacation Finds Migrants Hiding in Their Car’s Rooftop Cargo Box” HERE)