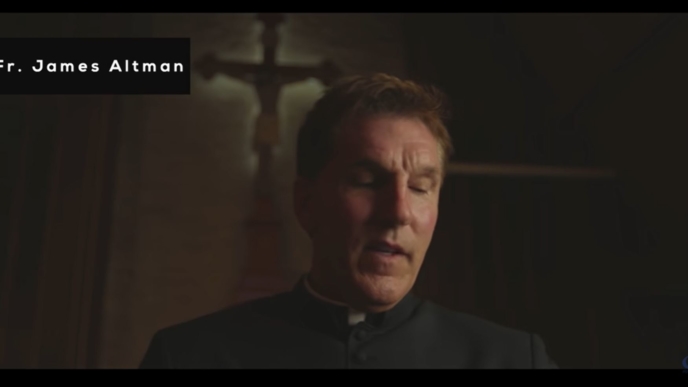 The priest, who was happily surprised (and noticeably bashful) to grow in national and international status among traditional Catholics over the past year, was asked to resign by Bishop of La Crosse William Callahan Friday, Altman announced at Sunday Mass. Although the letter hasn’t been released, Altman told the parish the charges were that he was ineffective and caused division in the Catholic Church — two charges that are contradicted by fundraising and attendance records set for the parish under the priest’s leadership.

Altman’s homilies have gone viral over the past year, beginning with a fiery broadside against the modern Democratic Party’s pro-abortion, pro-gay marriage, pro-transgender platform, but zeroing in on failures in Catholic Church leadership to teach the catechism, keep the faithful coming to church, police sexual sins and abusers in the clergy, positively affect the culture, maintain a moral influence on politics, and most recently, simply keep their doors open amidst COVID-19 panics and secular leaders’ demands that worship end or be severely curtailed.

“I don’t mind if people have different sets of beliefs, certainly in this country we are entitled to that via the Constitution,” Altman’s told The Federalist Radio Hour in an October 2020 interview, “but what I do mind is when someone lies about it. There are far too many laymen and clergy alike who present error in the message they are giving.”

Bishop Orders Priests to Read anti-Obama Letter at Sunday Sermons
On Election Eve, Catholics Unite to Protect Religious Freedom
Catholic Church Sets Up Exorcist Hotline in Response to Skyrocketing Possessions
Catholic Bishop: Obama Is ‘Proponent’ of What is ‘Shameful and Criminal in the Eyes of Almighty God’
A Godly Man In An Ungodly Age (+video)
A Signal From Above? Lightning Hits St Peter’s Hours After Pope Benedict Stuns Cardinals With First Resignation In 600 Years

This Organization Will Lead the Investigation Into COVID Origins

Doctor’s Warning: Don’t Get the COVID Shot
Scroll to top