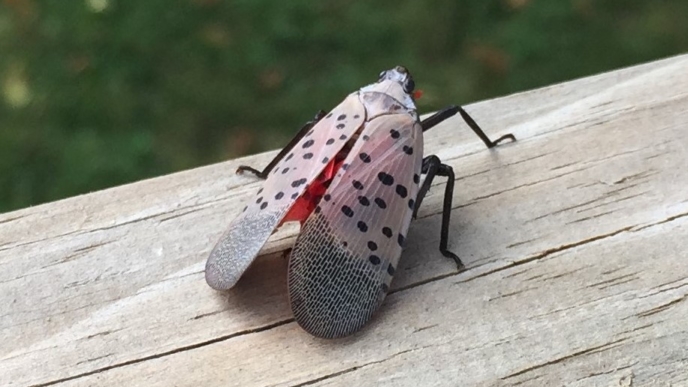 . . .The spotted lanternfly has been seen in New Jersey, New York, Pennsylvania and Indiana.

The winged pest, also known as Lycorma delicatula, is native to China. . .