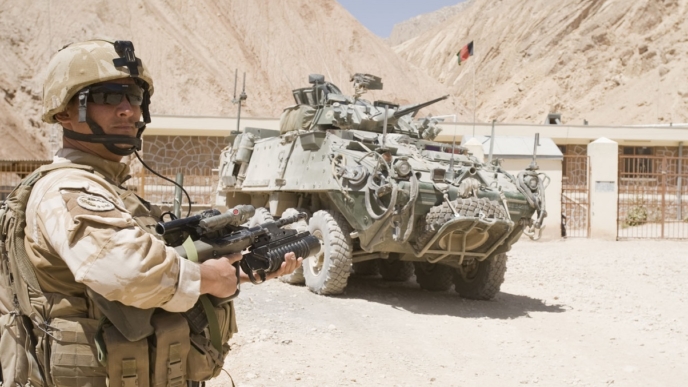 The best outcome we can expect from the catastrophe now unfolding in Afghanistan is a new U.S. regional strategy that prevents our adversaries from benefitting from the power vacuum created by our conscious and chronic refusal to address the true nature of the conflict.

After the initial victory over the Taliban in the final weeks of 2001, U.S. political and military leaders made two major strategic errors, which pre-ordained a disastrous outcome.

They attempted to impose a top-down, Western style democracy on a bottom-up tribal and religious society and they, quite simply, decided to fight the wrong war ignoring the true enemy, Pakistan and, by extension, China.

In the face of clearly contradictory facts, the Pentagon insisted on pursuing counterinsurgency operations confined geographically to Afghanistan, while the generals in Islamabad were using the Taliban to conduct a proxy war, launching attacks against American, NATO and Afghan forces from safe havens in Pakistan.

There was no combination of U.S. conventional, CIA or special operations assets that could have defeated the Taliban in Afghanistan as long as the Taliban infrastructure and support network in Pakistan remained immune to attack.

Unlike 2001, the Taliban were not exposed in Afghanistan but sheltered in Pakistan, where there has been a Taliban network of education, recruiting, training, financial, healthcare and command and control centers. It is also no secret that Pakistani intelligence employed local individuals and groups as “cut-outs” to facilitate the movement of Taliban fighters and supplies across the porous border.

By controlling the operational tempo of the war and the supply of our troops to land-locked Afghanistan, Pakistan could always do just enough to prevent us from winning and protect the Taliban from losing by providing them sanctuary.

U.S. leaders should have known, even before we put boots on the ground, that Pakistan has always been a close ally of China, never shared American objectives in Afghanistan and began obstructing those objectives within days of 9/11.

In strategic terms, although they will influence the outcome, it is not the Taliban nor Pakistan alone with which we should be concerned. And the problem does not reside solely in Afghanistan.

The threat is from China in the form of the Chinese-Pakistani alliance. China’s aim is to dominate South Asia, first economically based on the China-Pakistan Economic Corridor (CPEC), the flagship of China’s Belt and Road Initiative.

China and the Taliban have been negotiating for years, which will likely lead to Afghanistan joining CPEC and China exploiting the trillions of dollars in mineral wealth, including Afghanistan’s massive supply of lithium, allowing China to control that strategic component of advanced batteries and other defense-related technologies.

China will then use its alliance with Pakistan to establish military bases, particularly on the Arabian Sea coast in Pakistan’s Balochistan province.

Those bases would provide a critical link between China’s military facilities in the South China Sea and its naval base in Djibouti at the entrance of the Red Sea and the Suez Canal.

Chinese naval and air bases on the Balochistan coast would control the vital sea lanes of the Arabian Sea and northern Indian Ocean and threaten another strategic chokepoint, the Strait of Hormuz. A successful implementation of the Chinese-Pakistani plan could also isolate India, the world’s largest democracy.

A new strategy for South Asia should focus on disrupting Chinese-Pakistani plans for the domination of the region using all the elements of U.S. power, diplomatic, informational, military and economic, for which Balochistan and the Arabian Sea become centers of gravity.

From a politico-military standpoint, two approaches, operating in parallel, are required, neither of which would require deployment of U.S. forces to new areas of operation.

First, we should adopt a traditional containment policy, applying diplomatic and economic pressure against Pakistan, which is the weak link in the China-Pakistan axis.

The U.S. needs to adjust its naval and air power capabilities to counter Chinese attempts to box-in U.S. forces in the Persian Gulf region and neuter the U.S. naval base in Diego Garcia.

Second, we should use “strategic disruption”, not on China directly, but by interfering with its plans to dominate the region. Tactically, that would involve managing and, when necessary, exploiting the inherent conflicts in South Asia including state-to-state disputes, the Sunni-Shia divide and ethnic separatism.

Sustaining internal resistance to Taliban rule via the Tajik and Hazara tribal groups and supporting the Balochistan independence movement are examples of tactics to thwart China’s ability to consolidate any regional advantages.

It is late, but there may still be time to defeat Chinese ambitions “on the beaches.”

Lawrence Sellin, Ph.D. is retired from an international career in business and medical research with 29 years of service in the US Army Reserve and a veteran of Afghanistan and Iraq. His email address is [email protected]

Yanked! Andrew Cuomo Stripped of His Emmy After Leaving Office