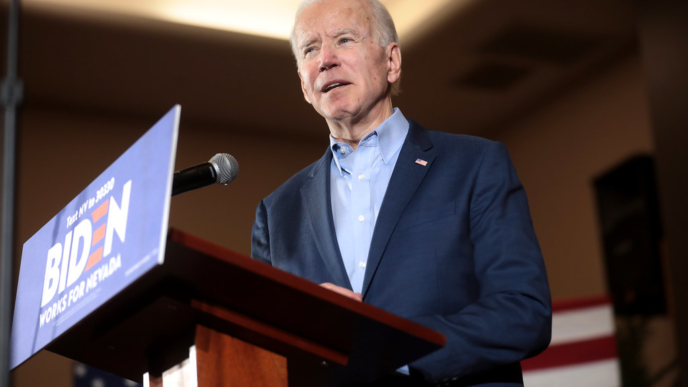 By Townhall. Former President Trump predicted that the U.S. will go to war under the Biden administration.

During a North Carolina rally, Trump warned that President Joe Biden’s leadership will lead the country into WWIII.

Noting Biden’s failed economic policies, Trump said that the stock market is the worst it’s been since 1872.

“But now, we are a nation in decline. We are a failing nation. We are a nation that has the highest inflation in 50 years and where the stock market finished the worst first half of the year since 1872,” Trump told the crowd, adding “and we have a President who is cognitively impaired and in no condition to lead our country, which may very well end up in World War III.” (Read more from “Trump Predicts: ‘Biden May Lead Us to WWIII’” HERE)

Donald Trump Says ‘Stupid’ Biden Administration Could Trigger World War Three With Putin Over Ukraine, and Predicts US Would Lose Conflict to Russia

By Daily Mail. Former President Trump said he hopes is ‘wrong’ about the possibility of World War III because the U.S. is being run by ‘stupid people’ at a rally in Wilmington, N.C. on Friday.

‘I was right about Ukraine. I was right about what, Taiwan and I’m hoping I’m not going to be right about World War Three, because we have stupid people dealing,’ the former president said, as he predicted the U.S. would lose a conflict to Russia.

‘You could end up in World War III and this will be a war like we’ve never had before – won’t even be close, because we’re being run by stupid people.’

In a rare speech to the Russian nation on Wednesday morning, Putin insisted he would use ‘all means’ necessary to defend swathes of territory seized or set to be annexed by Kremlin forces in the Ukraine. (Read more from “Donald Trump Says ‘Stupid’ Biden Administration Could Trigger World War Three With Putin Over Ukraine, and Predicts US Would Lose Conflict to Russia” HERE)

Ex-Clinton Adviser Predicts Dems Will ‘Dump’ Biden in Favor of Hillary in...

The FBI Lied to a Judge So They Could Bust Open Thousands of Safety Deposit...
Scroll to top