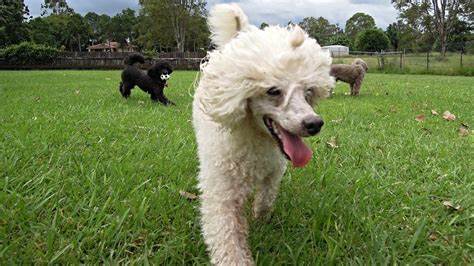 A violent dogfight broke out at a California beach last month — as 10 vicious poodles attacked a 13-year-old corgi and her owner, according to a report.

Kathrin Burleson was walking her corgi Emma on Trinidad State Beach with a friend on Oct. 29 when the pack of standard poodles jumped out of a nearby car and began sprinting towards them, according to the Mad River Union newspaper. . .

The two were quickly plowed over by the crazed pack of poodles.

As she tried to fend off the pack of poodles, Burleson felt her finger being bitten. She was stunned when she realized it was the owner of the poodles, who was allegedly biting her finger, the paper said. (Read more from “Pack of 10 Poodles Attacks California Beachgoer and Her Elderly Corgi Service Dog” HERE)

‘So Pissed Off, I Cannot Even See Straight’ — Ted Cruz Blames Mitch McConnell...
Scroll to top