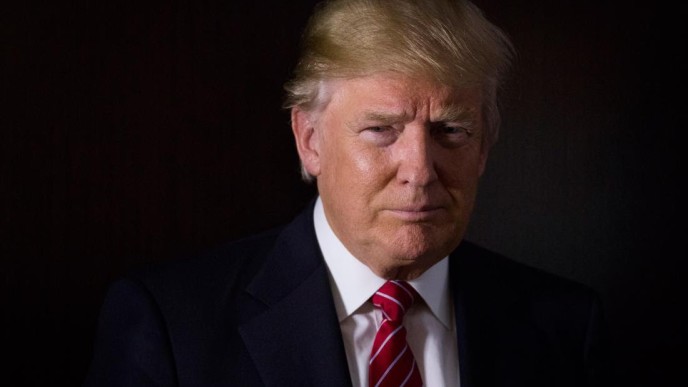 Some personal and brutally honest thoughts on where things stand, how we got here, etc. These thoughts are my own, and not reflective of any campaign (though I am a Ted Cruz supporter).

Months ago, before the voting started, I said and wrote this GOP primary would be a revolution because the system had betrayed too many people to get away with it this time. Either it would be Donald Trump’s French Revolution-style angry, secular mob, which does throws the bums out but produces too much untold collateral damage for a culture to recover from (and the French haven’t). Or Cruz’s values-driven American-style Revolution, where we return to first principles and actually try to win a national election on what’s in our platform for a change.

I said that there would be no middle ground. That if you didn’t want whatever Trump is serving, it was time to coalesce behind Cruz. Most conservatives did, which is why Cruz has gotten this far against all odds.

Some of them got caught up early in a cult of personality and now refuse to walk away; despite the fact Trump has abandoned his last pretend shred of conservatism. So they double-down instead, like the friend who blames you for telling him his girlfriend is cheating on him.

Another group of people are mostly principled folks who believe the GOP must be destroyed in order for conservatism to rise again. Therefore, they’re either supporting Trump or not supporting Cruz because they don’t want to see Humpty Dumpty put back together. These are the folks who find anything they can wrong with Cruz’s conservative bona fides, straining a gnat to swallow a camel despite Cruz’s exemplary Liberty Score® here at CR. Although I have been frustrated by these folks at times, I know many of these people and understand their impulse to burn the village to save it.

These are the Trump voters/sympathizers the GOP created out of deserved backlash. In another cycle, before they had felt this betrayed or were thinking more clearly, these voters would’ve been with Cruz on day one. And if Cruz doesn’t pull this thing out, they will regret it later when we reach Peak Trump in the fall and as a result, President Hillary. This is why St. Paul tells us “in your anger do not sin.”

Others are people who, if you polled them on the issues, are pretty conservative. But they watch Fox News or consume other media for information and vote mainly on name I.D. For example, look at how when Trump’s alleged insurgency wins a primary, no other non-establishment candidate win their primaries. Why — because these people vote strictly on name I.D. And when one candidate gets 60 times more media coverage than anyone else, these are the results you get.

This is how we repeatedly let the media that hates us — and that includes Fox — pick our nominee for us. When this is over, the movement needs to have a serious conversation about creating a real multi-media platform that includes television, and is capable of competing with Fox by the time 2020 begins. Otherwise, we’re always going to be treading water here.

Finally, there were those desperate for relevance, ratings and a seat at the table. So they became Trump’s sycophants. When this is over, either in Cleveland or November, these same people will have so tarnished their credibility they will attempt to rewrite history by claiming they weren’t really with Trump, but just trying to make the best of what wasn’t an ideal situation. The people will say that we had no real alternative to Trump so it was him or Jeb Bush, which is a lie, but these people are proven liars — and liars lie. Or they may just accept their newfound status, and shamelessly and immediately glom onto the first populist cult of personality for 2020. Doing the time warp again for another national TV slot or paycheck.

But we will remember them, because links on the Internet never forget. We don’t have to blacklist them, for they black-listed themselves. All we have to do is compile the names. They’ve already conveniently self-identified.

These groups, combined with the migration of a herd of messianic Obama voters now seeking salvation via this cycle’s megalomaniac (which I documented earlier this week), is Trump’s coalition.

This brings us to the rest of the Republican Party.

Both establishment and mainline Republicans never saw this coming because both the disease and its antidote confirm their systemic failure/sellout. For the establishment that stands for nothing other than corporatism to acknowledge that populist backlash would require an admission of their own fecklessness. However, if there’s one thing the establishment hates even more than populism, it’s conservatism because these people, too, are progressives (if they have any ideology). That hatred willfully blinded them to the only antidote to Trumpism and certain doom in the fall—Cruz’s campaign. Hence, they are now drowning in a pool of their own blood.

Meanwhile, mainline Republicans — who talk a good conservative game but then usually do the system’s bidding when push comes to shove — had all of their “unity candidates” soundly rejected by an electorate more interested in a reckoning. The talented Marco Rubio’s fall from grace, which included an embarrassing beat down in his own state, was their last gasp. Voters turned their backs on these candidates because mainline Republicans first turned on them when they tried to defund Obamacare, primary progressive GOP sellouts or attempt just about anything to save either the country or the Republican Party.

The mainliners looked down on us, and said “the media says we can’t win so why fight.” A self-fulfilling prophecy, because you lose 100% of the battles you don’t fight.

Unfortunately, these mainline Republicans failed to see the writing on the wall before it was too late. Pondering the lint in their navels about Cruz’s tone and lack of dimples. So Rubio stayed in the race at least two weeks longer than he should have, which handed Trump the delegate lead ever since. Furthermore, John Kasich remains in the race to this day for reasons only Allah knows. But what these two did do is stop Trump from ever facing a true challenge from a co-equal revolutionary before the voters.

While Trump still faces an uphill climb to 1,237, if Cruz doesn’t win Indiana (or at least split the delegates there) the perception will be that it’s over. Though there are still several states remaining that favor Cruz, that perception will be difficult to overcome. Therefore, Indiana becomes the new Wisconsin. And how did Cruz wallop Trump in Wisconsin? Mainline Republicans like Scott Walker got off the bench and got into the game, which expanded Cruz’s base of committed grassroots supporters.

And now in Indiana those same mainline Republicans will determine in the next week if they’d like to suffer the wrath of the Trump Cult now, or the wrath of the voters later in November. Because this presidential election is going to be determined between the Indiana primary and the convention. If Trump comes out of Cleveland the nominee, the GOP will lose and lose big in November for reasons I will explain in another column for another day.

Here’s the bottom line — the Republican Party has about 75 days to decide if it wants to continue to exist or not. (For more from the author of “Why the GOP May Only Have 75 Days Left to Live” please click HERE)

Queen to Obama: Don’t Burn My Lawn This Time