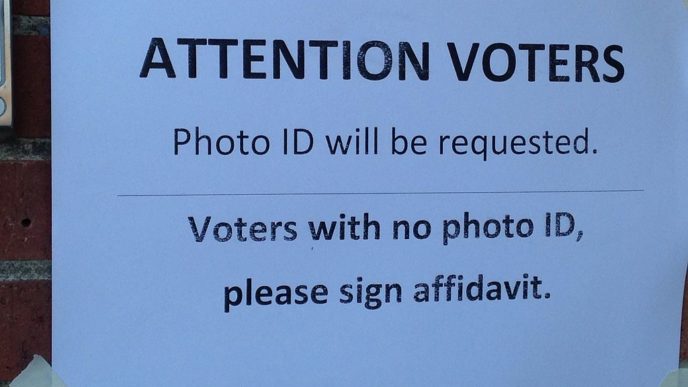 The Obama administration opposes states verifying citizenship status of registered voters. Inquiries into voter fraud are typically met with derision from both government and the media—and in at least one instance with prosecution. Prosecutors don’t prioritize voter fraud, while convictions only garner light sentences.

These are among the voter fraud problems facing the United States, experts noted this week, even as prominent voices on the left say such fraud is a myth.

The left’s opposition to voter integrity laws or even inquiry can be simply explained, Judicial Watch President Tom Fitton said.

“Why on earth would you not want to make sure that only citizens are registered and voting?” Fitton, author of “Clean House: Exposing Our Government’s Secrets and Lies,” said at a forum at The Heritage Foundation Tuesday. “That to me shows that the Obama administration and the left generally, which is behind this, wants to be able to steal elections if necessary. To me, that’s a crisis.”

A 2014 study by Old Dominion University found that 6.4 percent of all noncitizens voted in the 2008 election and 2.2 percent voted in the 2010 midterm elections. The study concludes this likely put Minnesota Sen. Al Franken, a Democrat, over the top in the race in his 312-vote statewide victory over Republican Norm Coleman in 2008.

Fitton said this is approaching 15 percent of all noncitizens voting.

In the past, opponents have argued that ID requirements hurt minority participation. Meanwhile, studies have found minority voting has increased after voter ID was implemented.

Some recent cases cited by the panelists demonstrate the reality of voter fraud.

In August, in St. Louis, a court ordered a do-over in a Democratic primary for a Missouri state legislative seats after finding absentee voter fraud.

Last year in Bridgeport, Connecticut, a state legislator was convicted of voter fraud and given a suspended sentence.

Still, some commentators contend there is no voter fraud problem in the United States. For example, this week a New York Times editorial called voter fraud a “myth” and “fake”:

As study after study has shown, there is virtually no voter fraud anywhere in the country. The most comprehensive investigation to date found that out of one billion votes cast in all American elections between 2000 and 2014, there were 31 possible cases of impersonation fraud. Other violations—like absentee ballot fraud, multiple voting and registration fraud—are also exceedingly rare. So why do so many people continue to believe this falsehood?

Credit for this mass deception goes to Republican lawmakers, who have for years pushed a fake story about voter fraud, and thus the necessity of voter ID laws, in an effort to reduce voting among specific groups of Democratic-leaning voters.

However, it was in New York City where the city’s Department of Investigation (DOI) determined the city’s Board of Elections (BOE) was doing a poor job of preventing ineligible voters from voting. During the 2013 mayor’s race, 63 city investigators went to polling places impersonating someone who was either dead, moved outside the city, or was in jail. Of those, 61 were cleared to vote. The department’s report stated:

The 60 investigators, among other investigative activities, conducted quality assurance surveys of voters at poll sites throughout the five boroughs, logging complaints from 596 of 1,438 voters relating to subjects such as ballot readability, poll workers, and poll site locations. DOI’s operations also revealed that there are names of ineligible voters (e.g. felons and people no longer City residents), and deceased voters, on the BOE voter rolls, some for periods of up to four years.

Accordingly, DOI investigators posing as a number of those ineligible or deceased individuals, were permitted to obtain, mark, and submit ballots in the scanners or in the lever voting booths in 61 cases, with no challenge or question by BOE poll workers. Investigators were turned away in 2 other cases. No votes were cast for any actual candidate or on any proposal during the course of the DOI operation.

Interestingly, the result was not to demand more accountability from the city’s Board of Elections. Rather, the New York City Council voted to prosecute the investigators for impersonating voters, said John Fund, a National Review columnist, previously with The Wall Street Journal, during the panel.

Progressive critics reference the rarity of voter fraud prosecutions as evidence of a “myth.” Fund said it is actually because such cases can be politically disadvantageous to elected district attorneys.

“Most prosecutors run for election. Most prosecutors want to have higher election,” Fund said. “The last thing you want to do is take on voter fraud cases which are highly politicized and infuriate half the people in your community on partisan basis. Judges require incredible standards of proof and often the sentences of the few people who are convicted of voter fraud are community service.”

Maintaining clean voter rolls from ineligible voters is also important and required by law, said Hans von Spakovsky, senior legal fellow with The Heritage Foundation. And New York isn’t the only place with a problem. In Indiana, 16 counties had more registered voters than voting-age adults based on U.S. Census Bureau data, he said.

The National Voter Registration Act of 1993, better known as the “Motor Voter Law” allows people to register to vote when they get their driver’s license law. But it also requires local governments to maintain clean voter rolls, which the federal government can enforce. The Obama administration has never enforced this provision, von Spakovsky said at the forum.

“There has been a war being waged against election integrity for the past decade,” von Spakovsky said. “The leader in this has been the U.S. Justice Department. Instead of making sure every voter can vote and that no one’s vote is stolen through fraud, they have been on the other side of that, waging war against any efforts to prove election integrity.” (For more from the author of “Up to 15 Percent of Noncitizens in US Are Voting, Alleges Expert” please click HERE)

Summit Declaration: Use These Principles to Compare Candidates and Platform...