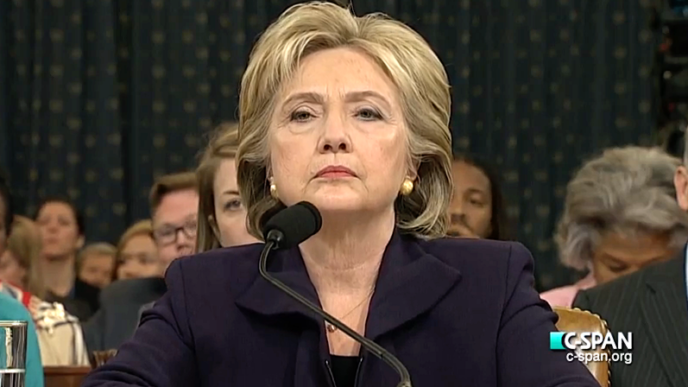 Green Party presidential candidate Jill Stein is in for some bad news regarding the electoral recount in Philadelphia — it has earned Democratic nominee Hillary Clinton only five more votes than her original total.

The recount, which began Friday, resulted in the exact same totals for Republican Donald Trump, Stein and Libertarian Gary Johnson.

Stein planned on using district-level recounts to prove to the courts there was evidence of hacking or voter fraud. If true, this would have given her evidence to proceed with a statewide recount.

“We have very primitive voting machines here,” City Commissioner Al Schmidt told the Philadelphia news site Billy Penn. “Our voting system is only vulnerable to individual cases of voting fraud, as we’ve seen. Whenever it does occur it would be someone going in and voting for somebody else or an election board manually adding votes, which is an entirely different thing than hacking.”

According to Billy Pen, the five extra votes that Clinton garnered came from “paper provisional or absentee ballots that were undetected by the optical scanner that counted votes in the days following the election.”

Schmidt said something like this could happen when people don’t mark their choices clearly, or use a green highlighter instead of a pen or pencil.

“People do ridiculous things,” he said, “all the time.”

After abandoning its Pennsylvania recount push Saturday because of the cost, the Green Party filed a federal lawsuit Monday seeking to force Pennsylvania to recount the ballots. It said the state’s election system was a “national disgrace.”

“This labyrinthine, incomprehensible, and impossibly burdensome election regime might make [author Franz] Kafka proud,” the lawsuit states. “But for ordinary voters, it is a disaster.”

“In just a few seconds, anyone can install vote-stealing malware on a voting machine that silently alters the electronic records of every vote,” Stein’s court documents add. “Absent a thorough, sophisticated forensic examination by computer experts, it is not possible to determine the absence of malicious software hiding within many thousands of lines of legitimate software code.”

Unless Stein is able to prevail at the federal level, Philadelphia is officially done totaling ballots for the 2016 presidential election.

Stein has also run into trouble with Michigan’s statewide recount after a Republican-controlled House Elections Committee approved a bill which requires candidates who lost by more than 5 percentage points to pay 100 percent of the estimated recount cost. (For more from the author of “Philadelphia Recount Finished – Clinton Picks up Only 5 More Votes” please click HERE)

Vote Fraud? Obama Receives More Than 99% of Vote in 13 Philadelphia Wards
Where’s the Beef? No Media Outrage Over Mitt Romney Getting Shut Out in 59 Philadelphia Precincts
Coldcock Cop: I thought I Was Swiping A Corona (+shocking video)
Horrors in America: Baby "Screaming" After Abortion in Philadelphia
Gosnell Trial Witness: Baby Abortion Survivor Was 'Swimming' in Toilet 'Trying to Get Out'
Gosnell Guilty of Hundreds of Crimes, Murders: May Get Death Penalty

The Left Condemns ‘Fake News’ People Think Is Real. But What About...

Latest Felons to Be Released by Obama Probably Not Just Peaceful Drug Deale...
Scroll to top