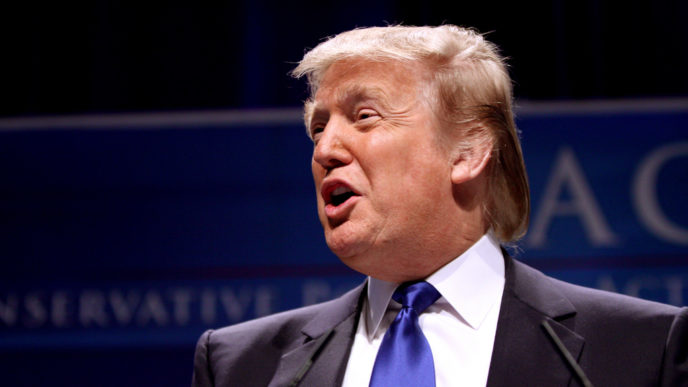 President-elect Donald Trump’s cabinet is taking shape. He has locked down his picks for attorney general, departments of Treasury, Education, Health and Human Services, Commerce, and Transportation.

So far, most of the names submitted are familiar in the political world, but one is not: Steven Mnuchin, Trump’s pick for Treasury secretary.

Mnuchin is better known among America’s financiers and investment bankers because he spent 17 years as a partner at Goldman Sachs. He is also known in Hollywood, where his firm, RatPac-Dune Entertainment, produced films like the “X-Men” and “Avatar.”

When it comes to public policy, Mnuchin has no real experience. In fact, The New York Times dubbed Mnuchin a true, “Outsider to Public Policy.” His policy suggestions so far appear to mirror talking points from the Trump campaign: He opposes the Dodd-Frank financial regulation bill, he regrets the lack of punishment for Wall Street titans post crisis, and he wants to help facilitate a large, new tax cut.

Yet, Mnuchin recently branched out with a policy proposal of his own to curb U.S. debt. The proposal recommends a review of Treasury maturities to determine whether ultra-long-term treasuries should be added to debt security options. A Treasury maturity is the timeline for a debt to remain outstanding, after which the security expires. For example, U.S. government securities are currently sold to the public with maturities of between 30 days (Treasury bills) and 30 years (Treasury bonds).

But Mnuchin would like to explore adding 50- or 100-year bonds. Why would he propose such an option to deal with the debt? Well, it really has everything to do with today’s low interest rates. Here’s why:

So, instead of ‘just’ $590 billion in new debt, the U.S. government will also have to borrow about $3.3 trillion to pay off the old maturing debts. That means the government will need borrow almost $4 trillion this year alone!

This was done to save money since short-term treasuries offer a lower yield than say the 30-year bonds. Long-term U.S. debt usually pays a percentage or two more in interest payments than short-term debt. This is mostly to cover implicit risks. First, there is greater risk that a debtor will fail to make payments over 30 years, then say, five years. In addition, the higher interest rate on long-term debt helps cushion future inflation that would reduce the value of those interest payments to the lender. Therefore, short-term debt allows the government to borrow more money at a cheaper cost but not without serious risks.

First, since short-term debt needs to be “rolled over” more frequently, it subjects that new debt to the fluctuation of immediate interest rates. Short-term debt may be insanely cheap for the government, with less than a few percentage points of interest payments. But that’s today. There is no guarantee the government will have the same luxury a year or two from now. Yet on the other hand, 30-year bonds have a fixed interest rate over the course of three decades, which is particularly attractive right now since rates are historically low — even for longer-term debt.

Here’s the nightmare scenario: Suppose that four years from now, interest rates rise 5 percent, i.e. back to normal, and the US has $20 trillion outstanding. Interest costs alone will rise $1 trillion (5% of $20 trillion) — doubling already unsustainable deficits! This is what happened to Italy, Spain, and Portugal. Don’t think it can’t happen to us.

These short-term securities cause “rollover risk.” Since the U.S. government is in the business of issuing a lot of debt that is short-term, outstanding for only two, three, five, or seven years, then we have to hope that the world remains interested in continuing to purchase U.S. treasuries — and often. At present, the current maturity rate is 68 months, or less than six years. According to Cochrane, the government rolls over about half its debt every two years — or all of the $20 trillion in debt every half-decade.

This could lead to a partial default on our debt in the event we can’t find enough buyers in those short timeframes (unless, of course, the Federal Reserve steps in to purchase unwanted securities with printed dollars – a dangerous tactic in itself). And, because interest rates on short-term debt are so low, lenders (i.e., anyone who wishes to invest in government debt) become skittish in their willingness to continue to loan money to the U.S. government, as it continues to rack up records amount of debt.

If there aren’t enough investors to continue to buy our debt, America is deep trouble.

Countries like Belgium, Canada, France, and the United Kingdom have issued debt with maturities of 100 years. So why hasn’t the U.S.? Part of the reason has to do with market needs and liquidity demands in the economy. But, politically speaking, it has much to do with the government’s wishes to spend as recklessly and cheaply as possible.

There are some valid reasons for issuing short-term debt, yet, there is merit to the idea of locking in trillions of dollars of debt into low interest rates for the long-term. Mnuchin’s idea is intriguing and certainly deserves consideration. And, it’s noteworthy that it’s not a mainstream political idea. After all, near-term spending that is issued with debt-bearing higher interest rates (as would be the case by issuing 50- or 100-years bonds) will certainly make Washington’s spending spree a little more difficult to swallow.

Although the idea of issuing long-term debt is an interesting concept, Mnuchin also must advocate for less debt in general. Regardless of his wishes to implement new debt management techniques, unless our debt is reduced, the U.S. is headed toward a fiscal crisis. We must not forget that no matter what, the taxpayers of this country must repay all of this debt some day. At present, it will cost more than $160,000 per household.

Now, that’s a debt problem. (For more from the author of “Trump’s Treasury Nominee Already Has a New Idea to Reduce the Debt” HERE)

The Left Condemns ‘Fake News’ People Think Is Real. But What About...
Scroll to top