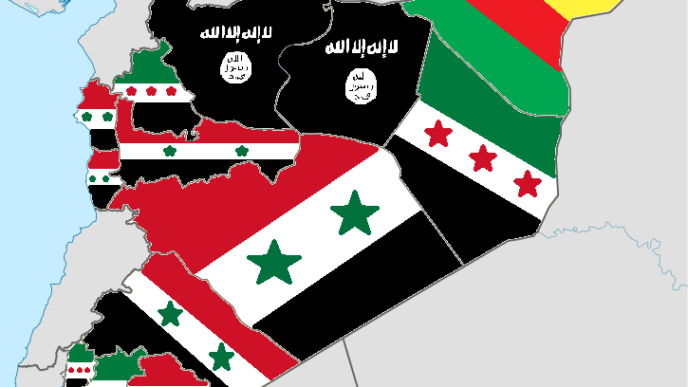 According to Syrian media sources, the Russian government has taken measures to guarantee more security for its forces in case of possible attack regarding the recent U.S. Tomahawk air strikes on the Shayrat air base on April 7.

At this moment, two Russian all-purpose jets capable of spotting and intercepting cruise missiles are barraging in the Eastern Mediterranean. Moreover, the Russian forces are ready to carry out retaliatory strikes on the U.S. ships that launch cruise missiles if they attack the Russian military objects (including Khmeimim and Tartus bases).

Meanwhile, the Russian military advisors have arrived at the Syrian bases equipped with the anti-aircraft defense systems to assist Assad’s forces to counter cruise missiles strikes.

The United States fired dozens of cruise missiles at a Syrian air base on Friday from which it said a deadly chemical weapons attack had been launched earlier in the week, escalating the U.S. role in Syria and drawing criticism from Assad’s allies including Russia and Iran.

“What America waged in an aggression on Syria is a crossing of red lines. From now on we will respond with force to any aggressor or any breach of red lines from whoever it is and America knows our ability to respond well,” said the statement.

The joint command center also said the presence of U.S troops in northern Syria where Washington has hundreds of special forces helping the Syrian Democratic Forces (SDF) to oust Islamic State was “illegal” and that Washington had a long-term plan to occupy the area.

The regional alliance said the U.S. cruise missile strikes on a Syrian base killed dozens of civilians would not deter their forces from “liberating” all of Syrian territory.

It’s notable that the British paper Daily Mail has removed an article titled “The United States supported the plan to carry out a chemical attack in Syria and blame Assad regime” dated January 29, 2013.

Meanwhile, thousands took to the streets to protest against the U.S. airstrikes against Syria yesterday. Protesters from all across the country made it clear that they will not stand for U.S. aggression in Syria, in a direct clash with the recent actions ordered by the Trump administration.

As the U.S continues to intervene in Syria, the majority of protesters expressed their concerns saying that money spent on these weapons of mass destruction, should rather go towards funding, “jobs, schools and healthcare.” The Tomahawk missiles that struck Syria in the first wave of airstrikes reportedly cost $60 million USD in total as one Tomahawk missile is valued at approximately $1 million USD. (For more from the author of “Dramatic Escalation in Syria” please click HERE)

More UN idiocy: Iran to Oversee Arms Treaty Conference
Russia’s Putin: US, the West is on the Decline
Russia sends flotilla of 11 warships to eastern Mediterranean in direct challenge to US
Time for the U.S. to Abandon the United Nations
Yankee Go Home! Saith the Good Guys
Syria promises to use WMD if attacked