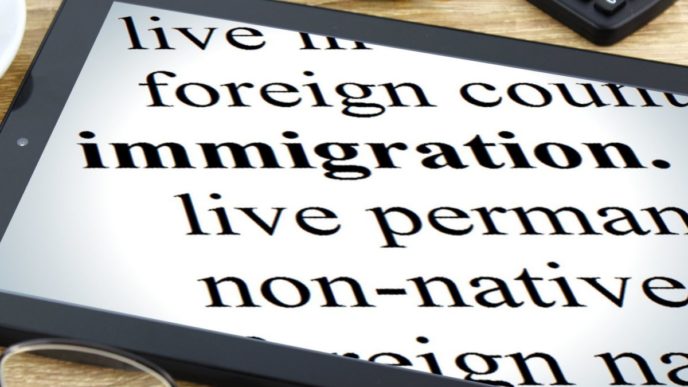 While Americans were celebrating this long Christmas weekend, another chain migrant from an Islamic country was arrested for plotting a terror attack against the very country that admitted him. It’s part of a growing wave, almost daily, of Islamic immigrants arrested on terrorism-related charges, yet there is a complete blackout in the media about the existence of this troubling pattern and about the growing problem with imported terrorism.

Meanwhile, as we gear up for a new legislative year in Congress, the focus is all about more amnesty for illegal aliens rather than protecting Americans from the autopilote chain migration from the Middle East. The only one who cares about protecting our sovereignty is President Trump, but the runaway courts and their status as supreme arbiter of national security are rendering his actions moot.

On Friday, Ahmed Aminamin El-Mofty, an immigrant from Egypt who later became a naturalized citizen, targeted Harrisburg, Pennsylvania, police in a series of shootings in three separate locations on Friday, one of which injured a local officer.

Acting DHS press secretary Tyler Houlton confirmed that El-Mofty was a beneficiary of chain migration. “The long chain of migration that led to the suspect’s admission to the United States was initiated years ago by a distant relative of the suspect. One of the most recent links in that chain was an extended family member admitted into the United States from Egypt on an F24 visa,” said Houlton in a statement from DHS.

As PJ Media’s national security correspondent, Patrick Poole, observes, “The terror attack happened on the same day that Jalil Ibn Ameer Aziz was being sentenced in federal court in Harrisburg for material support for ISIS. Aziz received a 12-year prison sentence.” Aziz also threatened to behead President Obama in 2015. Thus, we now have an American capital city beleaguered by Islamic terrorists imported from the Middle East. Thanks to chain migration from the Middle East, the cancer has spread to all corners of this country.

But this is not all. Houlton also confirmed on the same day that a Pakistan-born woman, Zoobia Shahnaz, who was charged earlier this month with laundering Bitcoin in a scheme to raise money for ISIS, was also a beneficiary of chain migration. How was she admitted? On an F43 visa, an adult child of an F41 visa holder who was initially brought in by another relative. This is a similar visa to the one used by Akayed Ullah, the recent New York bomber from Bangladesh.

Almost every day since the New York bombing, I’ve seen stories of Islamic migrants or children of Islamic migrants in cities and towns across this great nation arrested on terrorism charges, yet it is buried by mainstream media publications. It’s no longer newsworthy that America is becoming like Europe, with ubiquitous Islamic terrorism activities imported to our shores through immigration. Much as in France, our prisons are filling up with Islamic terrorists arrested here at home. The New York Times reported last week that Ahamed Khan Rahimi, the convicted Chelsea bomber from last year who injured 30 people in a terror attack, is already radicalizing fellow inmates in a Manhattan prison.

Egypt, Pakistan, and Bangladesh are all countries that have benefited from both the diversity visa lottery and chain migration, which create a self-fulfilling momentum of mass migration from the Middle East with no regard for the security concerns of Americans. All the existing migrants from these countries who have already obtained citizenship can bring in an unlimited number of like-minded family members, irrespective of their political beliefs or their hate for our values.

The numbers of those already in the pipeline from these countries due to chain migration are staggering and will flood us with more Islamic radicalism unless Congress acts. As of this writing, there were roughly 300,000 more chain migrants on the visa waiting list just from Bangladesh and Pakistan alone. Most of them are distant relatives, known as “fourth preference” visas, such as the F43 visa of the Pakistani alleged Bitcoin criminal.

Overall, 97 percent of the four million individuals on the visa waiting list are chain migrants whose sole claim to an immigrant visa is family ties. There is no regard for skills, values, or security in the existing broken system. Sadly and ironically, most of them will be admitted based on ties to the two million or so Middle Easterners we admitted after 9/11. It’s truly scary to see more Islamic immigrants arrested on terrorism charges who came to this country after some of us were already raising awareness of the problems with mass migration.

Is anyone in the political system other than the president willing to ask why we should turn America into Europe? Jews in Sweden are now under attack from endless anti-Semitism wrought by Islamic migrants. How can anyone think it’s a good idea to bring this dynamic to our shores without any filtering, vetting, or adjustments to our cracked immigration system?

Yet Congress is planning to focus solely on amnesty in January. Mitch McConnell promised open-borders fanatic Jeff Flake a vote on “Dream” amnesty, yet there is no such promise to vote on Tom Cotton’s Raise Act, which would end chain migration and the diversity lottery. The Raise Act is not just an economic issue; it’s a national security issue.

Meanwhile, Judge Robart, yes, that Judge Robart, just issued another judicial legislative proclamation to force Trump to bring in more refugees, despite being slapped down twice by the Supreme Court. He ordered the administration to suspend its stricter vetting of relatives who are brought in by refugees from a number of trouble spots and general vetting procedures of those from 11 targeted countries. Shockingly, Robart said he agreed with plaintiffs that Trump’s policies “will harm the United States’ national security and foreign policy interests.” Yes, we now have a district judge determining national security and foreign policy, while telling us that turning America into Europe will enhance our national security.

Lower courts are still preventing this president from using his existing plenary authority to act.

I’m not sure what it’s going to take for Congress to get serious about immigration reform, the importation of Sharia supremacism to our shores, and fighting back against the hubris-filled lower courts. Sadly, the more pervasive Islamic terrorism grows on our shores, the more acclimated our political system becomes to its existence as the new normal. Just look across the pond to Europe. We seem to always follow in lockstep the terrible examples before us. (For more from the author of “MORE Chain Migration Islamic Terrorism; More Media Blackout” please click HERE)