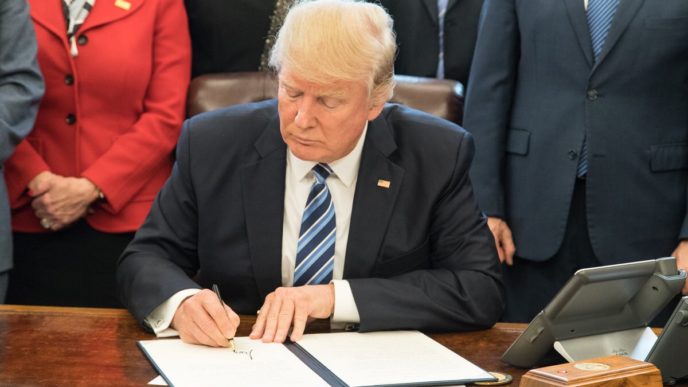 By Bob Unruh. The Palestinians, who reacted with outrage and violence when President Trump allowed a U.S. law recognizing Jerusalem as the capital of Israel to take effect, now are declaring there is no difference between the U.S. president and Adolf Hitler.

The Fatah movement, run by Palestinian Authority President Mahmoud Abbas, tweeted a statement with Trump’s image above a photo of the German dictator who ordered the deaths of millions in the Holocaust.

“I dont (sic) see any different, do you?” the tweet said. “#HandsOffAlQuds.”

Al Quds is the Arabic name for Jerusalem.

The tweet was spotlighted by Palestinian Media Watch, which called it “another demonization of U.S. President Trump because of his decision to recognize Jerusalem as Israel’s capital.” (Read more from “Trump Branded Hitler Over Recent Announcement” HERE)

New Western Wall Train Station to Be Named After Trump

By Jerusalem Post. A train station that will be built next to the Western Wall will be named after US President Donald Trump.

The decision was made by Transportation Minister Israel Katz, who said: “The Western Wall is the holiest place for the Jewish people, and I decided to name the train station that leads to it after president Trump – following his historic and brave decision to recognize Jerusalem as the capital of the State of Israel.” . . .

Katz said that he sees the project of extending the length of the railway from Tel Aviv to Jerusalem as the most important national project, and ordered officials in the Transportation Ministry to define it as a top priority mission. (Read more from “New Western Wall Train Station to Be Named After Trump” HERE)