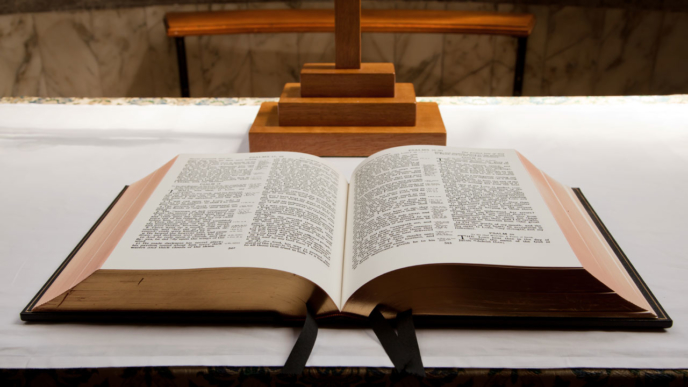 By WND. Liberty Counsel, which defends religious and civil rights, Friday warned that the state of California effectively is about to ban the sale of Bibles.

A bill in the legislature, approved 50-18 in an Assembly vote this week, would forbid counselors from telling a gender-confused male client that he is actually a man. . .

The bill declares “advertising, offering to engage in, or engaging in sexual orientation change efforts with an individual” is fraudulent business practice.

“If approved, victims of sexual abuse can no longer get counseling if they develop (as often happens) unwanted urges to engage in same-sex behavior or become gender confused,” Liberty Counsel said.

“This bill would also make it unlawful for any person to sell books, including the Bible, counseling services, or anything else that directs people to trust in Jesus Christ to help them overcome unwanted same-sex attraction or gender confusion.” (Read more from “Warning: State About to Ban Bible Sales” HERE)

By The Baptist Press. China is purportedly the largest publisher of Bibles in the world, but the communist nation has now apparently blocked online Bible purchases for its residents.
Beginning last week, searches for Bibles at leading online retailers in China came up empty, according to reports from The New York Times and CNN.

The reports indicate certain Bible studies or illustrated storybooks were available through searches. Two merchants told CNN the Bible could be purchased through private messages, but public listings were now “impossible.”

China has historically restricted in-person Bible sales to state-sponsored channels and government-run churches, but online sales presented a loophole of sorts for Christians within the growing underground church movement.

Twitter Blocks Pro-Life Activist with down Syndrome
Scroll to top