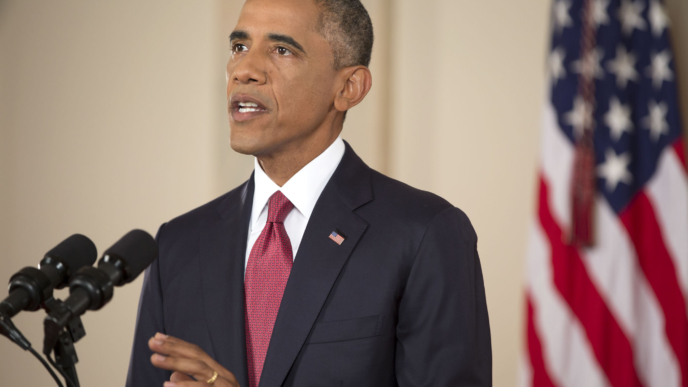 A Senate report unveiled Wednesday displayed shocking new revelations about the “scandal-free” Obama administration and its hell-bent, desperate quest to secure a deal with the Iranian regime.

On Wednesday, the U.S. Senate Homeland Security Committee revealed that the Obama administration ignored U.S. sanctions, lied to Congress, and misled the American people in order to funnel billions of dollars to the terrorist regime that rules Iran.

“The Obama administration secretly sought to give Iran access — albeit briefly — to the U.S. financial system by sidestepping sanctions kept in place after the 2015 nuclear deal, despite repeatedly telling Congress and the public it had no plans to do so.”

The Senate committee found that the Obama Treasury Department planned to issue a sanctions-thwarting license to empower two U.S. banks to help Iran convert $5.7 billion Omani rials into Euros. They did this by first exchanging the Omani currency into U.S. dollars.

The Obama effort to boost Iran’s economy not only ran counter to American interests, it skirted the law. https://t.co/j8wUmXtDV5

Obama lied to Congress and secretly give Iran access to the U.S. financial system, which he said was barred by the nuclear deal https://t.co/wulcjkMYxK

“One senior State Department official told an inquiring Iranian official that the administration had ‘exceeded our JCPOA commitments’ by issuing the license.” https://t.co/y7lba2W915

“If the Omani bank had allowed the exchange without such a license, it would have violated sanctions that bar Iran from transactions that touch the U.S. financial system,” the AP report added.

“The Obama administration misled the American people and Congress because they were desperate to get a deal with Iran,” Sen. Rob Portman, the chair of the Permanent Subcommittee on Investigations, said in a statement. “Despite claims both before and after the Iran deal was completed that the U.S. financial system would remain off limits, the Obama administration issued a specific license allowing Iran to convert billions of dollars in assets using the U.S. financial system.” (For more from the author of “Obama Lied to Congress and Skirted Sanctions to Try to Funnel Cash to Iran” please click HERE)

Parkland Activist’s Reaction to SWAT Incident at Home Is a Big Red Fl...
Scroll to top