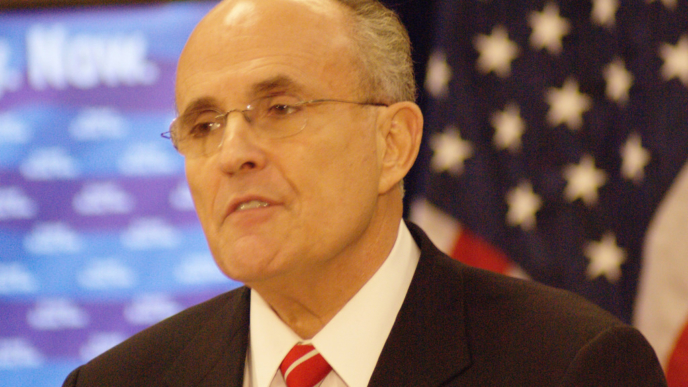 On Friday, President Trump’s lawyer, Rudy Giuliani dropped some bombshell news: he says that the Robert Mueller special counsel team doesn’t believe Trump when Trump claims that he was unaware of a June 2016 Trump Tower meeting between Trump campaign officials and a Russian-connected lawyer.

Giuliani stated, “In the questioning of [former Trump campaign Paul] Manafort, they did tell them at the time that they believed he was lying about certain things related to us that he’s not lying about.” That meeting, details of which were revealed by Donald Trump Jr., surrounded an open attempt by a Russian go-between, Rob Goldstone, to dig up dirt on Hillary Clinton – an attempt celebrated via email by Trump Jr. Trump has denied knowledge of the meeting. Other attendees of the meeting reportedly included Jared Kushner and former Trump campaign manager Paul Manafort. Michael Cohen, who currently has a plea deal with Mueller, has also said that Trump had knowledge of the meeting.

On June 7, the day the meeting was confirmed between Trump Jr. and Goldstone, Trump gave a speech in which he stated, “I am going to give a major speech on probably Monday of next week and we’re going to be discussing all of the things that have taken place with the Clintons. I think you’re going to find it very imformative and very, very interesting.” The speech never took place, but Hope Hicks, a trusted campaign aide, said it had nothing to do with the Trump Tower meeting anyway. In the end, the meeting came to nothing, as the Russian lawyer wanted to speak only about lifting American sanctions pressure.

According to Giuliani, the Mueller team tried to cudgel Manafort into attributing knowledge of the meeting to Trump in exchange for continuing with his plea deal. Giuliani said, “They repeated that conduct over and over again which gives us a clear indication of what they want him to say in order to get him out of solitary confinement. I find that abominable.” (Read more from “Bombshell: Giuliani Says Mueller Investigation Thinks Trump Knew About Trump Tower Meeting” HERE)