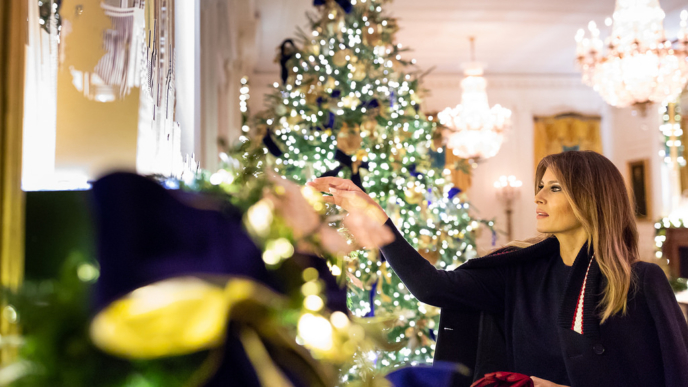 . . .Speaking with Collman Lloyd — a 7-year-old girl from Lexington, South Carolina — on Christmas Eve from the White House, a video, which quickly went viral, showed the president asking Collman if she still believes in Santa Claus — but it was his follow-up statement, which implied Santa is not real, that incited criticism and accusations that Trump had “ruined” Christmas. . .

Donald Trump, answering phone call from 7-year-old on Christmas Eve: "Are you still a believer in Santa? Because at seven it's marginal, right?" pic.twitter.com/VHexvFSbQ1

Instead, Collman’s father — 40-year-old Donald J. Lloyd — told BuzzFeed News that he would use similar language to speak to his daughter about Santa Claus. He also said he believes Trump’s remarks have been “blown out of proportion and unfairly politicized,” according to BuzzFeed.

“I think it’s crazy it became a big deal. It’s Christmastime. I’d love to keep politics out of Christmas,” Donald said. “It didn’t bother me — I like to talk to my kids like adults.” . . .

In the end, both parents appreciated how Trump treated their daughter. At first, they thought she was speaking with a pre-recorded message, then they realized Collman was actually speaking with the president.

“He said, ‘Happy Christmas … It was great speaking to you, Collman … Please tell [your family] I wish them a happy Christmas,'” Erica explained. “It made her Christmas.” (Read more from “Internet Exploded at Trump for Christmas Eve Call to Young Child. But Her Parents Tell a Different Story.” HERE)