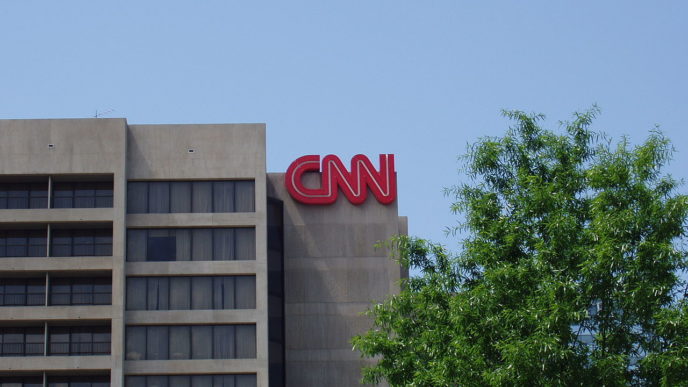 Everyone’s favorite reporter, CNN White House Correspondent Jim Acosta, filled in for Wolf Blitzer on Wednesday. During the program, Acosta went into detail about why he thought President Donald Trump violated ethics and campaign laws during his trip to Iraq to visit American troops.

Trump flag (she dropped it after she saw me taking a photo) pic.twitter.com/LhPwUNdEK3

Trump signing MAGA hats for the troops in Iraq pic.twitter.com/bDUIk94jpR

And now, CNN has an issue with it, as evidenced by their constant coverage and the remarks made by their reporters and contributors. . .

“Is that unusual, to see the President doing that on base? Does this run the risk of the President, you know, facing some accusations that he’s turning some of this into a campaign stop? What do you think,” Acosta asked CNN Pentagon correspondent Barbara Starr.

“The pool reporters traveling said that the troops brought the hats with them, including one hat that said ‘Trump 2020. We will have to see if that actually proves to be the case. The question is, if they brought them or if the President brought them: What commander allowed that to really happen?” Starr asked. “Troops are not supposed to be involved in political activities. The U.S. military is not a political force.”

For real though, crap like @CNN bashing troops for having #MAGA hats in their personal possessions is literally how we got Trump.

Get a life: @CNN whines about soldiers in Iraq who had their 'MAGA' hats signed by Trump during surprise visit https://t.co/qWShG9t7Nm pic.twitter.com/BbCO4rDmip

Internet Exploded at Trump for Christmas Eve Call to Young Child. But Her Parents...
Scroll to top