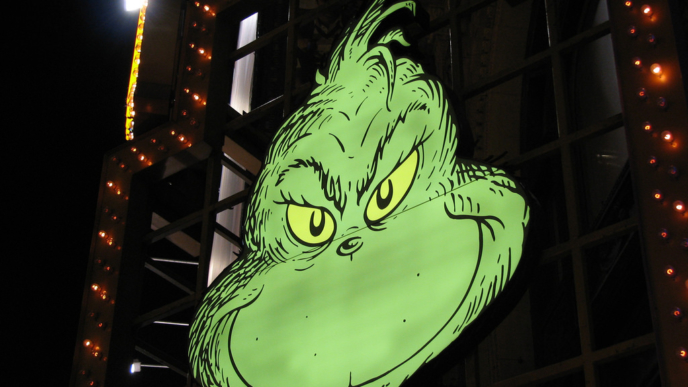 A 29-year-old South Carolina man whom some might describe as being as cuddly as a cactus and as charming as an eel sought to steal Christmas from his fellow neighbors by allegedly lighting fire to their decorations.

According to The State, the real-life Grinch, known to police as Cameron Lewis Baun, allegedly “burned down the Christmas decorations [in a] suburban Charleston neighborhood.” Baun was arrested on Friday after police received a call about a crazed arsonist setting fire to multiple properties in the Arbor Walk community in Summerville. . .

As to what motivated Baun to go on the alleged arson spree remains unclear at this time. Police have not yet ruled out Baun’s intense hatred for Christmas as a possibility … or his heart being two sizes too small. Regardless of the motive, somewhere along the line, police say he got an idea …

As noted by Newsweek, Baun is just one of many Grinch-like figures who are accused of trying to ruin Christmas with their own brand of Grinchery this year. In New York, a substitute teacher lost her job when she told a class of first-graders that Santa Claus did not exist. Parents were so outraged that the school principal issued a public apology.

“As a father of four myself, I am truly aware of the sensitive nature of this announcement,” said Principal Michael Raj, “I am sending this letter so that you are aware of the situation and if the conversation comes up at home over the next few days you can take appropriate steps to maintain the childhood innocence of the holiday season.” (Read more from “You’re a Mean One, Mr. Grinch: Arsonist Goes on Christmas Decoration Burning Spree” HERE)

New Jersey Invites in Violent Criminal Aliens While Stripping Citizens of the...

Ocasio-Cortez Says She Plans to Pay Her Interns. Here’s How Much per ...
Scroll to top