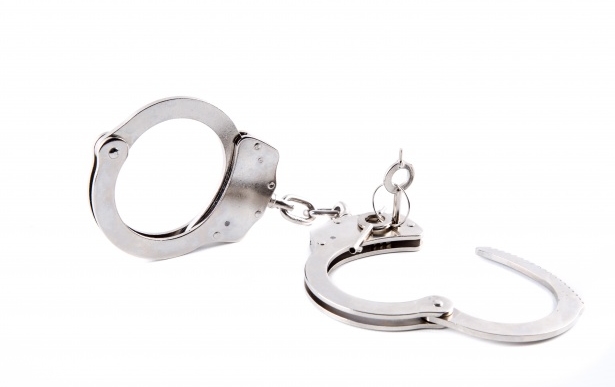 Over the past few years, Sen. Tom Cotton has stood alone bucking the political elites and asserting what is obvious to anyone who lives outside the political bubble – that we have an under-incarceration problem in this country relative to the crimes committed. For every criminal the political elites believe is over-sentenced, there are endless numbers of career gang members who are as dangerous as can be, yet are either never sentenced to prison or are incarcerated for a short period of time, despite having massive criminal histories. Too many innocent victims needlessly die as a result of this forgotten form of catch-and-release. Sadly, it appears that Tonya Horn and her daughter, Rylee Ewald, are the latest victims of the under-incarceration of the worst offenders.

On the evening of April 19, Rylee Ewald was like any 8-year-old girl enjoying a car ride with her parents on the way back from taking their dog to the vet when they were struck by the speeding stolen vehicle of Andrew Munoz and Deanna Alvarez. Rylee and her mother, Tonya, died in the crash, and her dad, Eric, is in the hospital with a broken pelvis, multiple broken ribs, a broken jaw, and a damaged spine. The family has set up a GoFundMe to cover the medical expenses.

This is a terrible tragedy beyond belief. And the details and past criminal history of the driver of the other car make it an avoidable tragedy.

At around 5:40 p.m., Andrew Munoz, 27, and his passenger, Deanna Alvarez, 35, were pulled over by Oklahoma City police officers for a driving violation. Munoz pretended to slow down, but then gunned the engine of the pickup truck, ran through a stop sign, and plowed into the family’s SUV, killing Tonya and Rylee. Police discovered that the vehicle had been stolen, and they also found methamphetamine and firearms inside it.

Munoz was charged with two counts of second degree murder, trafficking methamphetamine, possession of drug proceeds, unauthorized use of a motor vehicle, felony eluding, and possession of a firearm after former conviction of a felony.

Munoz has a 10-year criminal history of every single criminal act committed on the night that led to the murder of Tonya and Rylee, yet he remained free most of the time!

According to records from the Oklahoma Department of Corrections, Munoz was arrested in 2011 and convicted in 2012 for eluding a police officer. At the same time, he was arrested for distributing drugs. In 2017, he was convicted of multiple charges of using unauthorized vehicles and of drug distribution.

Yet despite his repeat offenses, he only served probation for recent vehicle theft and served just five months on drug charges before being released last August.

This is a repeat offender who has shown a proclivity for danger on the streets in multiple ways, yet he was barely locked up. And this is Oklahoma.

Now, fast-forward to the issue of criminal justice “reform,” with both parties in Washington, as well as so-called conservatives led by Jared Kushner pushing to have people like this released even earlier. They successfully passed a bill last year granting lower sentences and early release for these very violent drug offenders who graduated to the federal system! The ones in the state system are bad enough, but the guys Kushner and company are trying to let out are worse.

We were lied to by the political class about “first-time, low level, non-violent” offenders being locked up for 100 years. It’s simply not true, not even in state systems.

Too many arrests never result in a charge, and too many charges result in probation or little jail time, even after numerous arrests and convictions. The reality is that the political class in all 50 states now views drug trafficking and driving offenses, such as stolen vehicles or drunk driving, as “low-level” offenses, but most offenders, especially the repeat ones, are inherently violent and are usually gang-bangers. That is most certainly true for the ones targeted by U.S. attorneys for federal charges.

Murders would often be preventable if repeat criminals were sentenced justly. These stories play out every day, but there is nobody standing for victims of crime or for law enforcement. The weight of the political, social, and elitist world is behind every single criminal. Some even become celebrities themselves. The victims are all but forgotten except by God.

Last week, in an interview with Time magazine, Kushner said that the issue of jailbreak “was not Ds vs Rs, but really us vs. them.” Well, if everyone in politics agrees with him, then who is the “them?” Clearly, it’s law enforcement and victims of crime who just don’t matter to the political elites. (For more from the author of “Suspect in Oklahoma Family Deaths Had Long Criminal History – for Which He Served Hardly Any Time” please click HERE)

Here’s Why Rashida Tlaib Was ‘Really Afraid’ of Fellow Am...